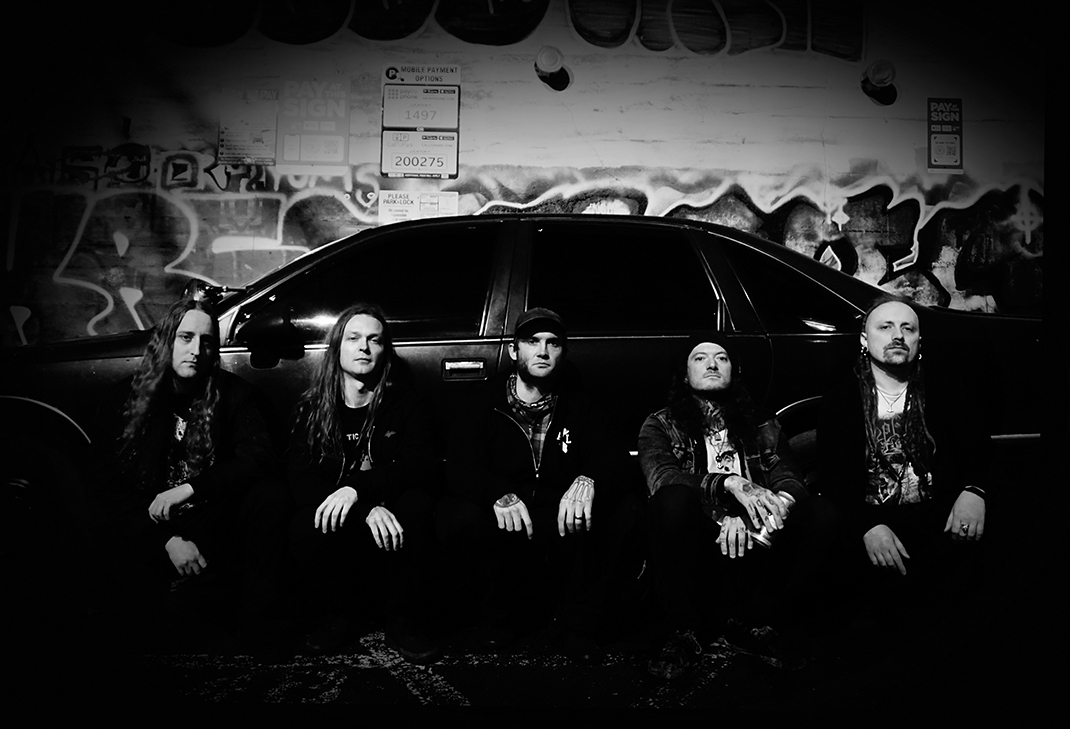 This life gets harder every day. No one is coming to the aid of the helpless and the streets are filled with the voices of the anguished and disenfranchised. May it come as some comfort that ENDORPHINS LOST continues to echo the sound of the compromised through ripping fury, fire, anguish, violence, and pain until a better future presents itself.

The band has evolved mightily since its inception in 2010, refining their raw grind/crust rudiments by shaping the sonic landscape to be a more focused and controlled chaos. Combining the simplicity of hardcore punk with manic flourishes of stop-and-go powerviolence and at times diving into plodding sludge passages, the music has ascended into a more calculating predator and less of a feral beast.

ENDORPHINS LOST’s lyrical content has always been a scathing review of the treatment of mental health and the dereliction of duty when it comes to the state of the average person’s social equity. With Night People, ENDORPHINS LOST sheds light on the lives of the “underclass;” the ones who know what life is like in the blood, filth, and shattered glass of a life unwound. The music is just a reflective representation of how the lyrics feel: a caged ferocity that lies dormant, silenced by time and now clearing its path.

Boasting fourteen ravenous tracks, Night People was recorded by Brandon Hayden at the Sunroom in Prescott, Arizona during December 2020 and mixed and mastered by Greg Wilkinson at Earhammer in Oakland, California in February 2022.

Notes the band of first single, "Regulation Area Bombing," “This song is an allegory about people’s ability to divorce their conscience from their actions when necessary in order to win. The fog of war was heavy in 1943-1945. With the Nazis steamrolling their way towards Britain, US air command devised a ‘cut-the-head-off-the-snake’-style target bombing campaign to disrupt the aggressive German advance. After failed attempts and with doomsday approaching, the tactics were altered to use a ‘carpet-bomb’ approach instead which proved effective from the optics of the wartime media. The allied propaganda spewed news of massive success in the states and UK and was met with great cheer and rejoice from a captive audience left in the dark. But on the ground in Germany, whole cities burned, rivers boiled, and the screams of the innocent howled in the wind. Children turned to cinders while America danced in the streets. The song is a snapshot illustrating a larger problem that has plagued humankind eternally... if the ends justify the means, can we afford to allow morality into the conversation in times of war?”