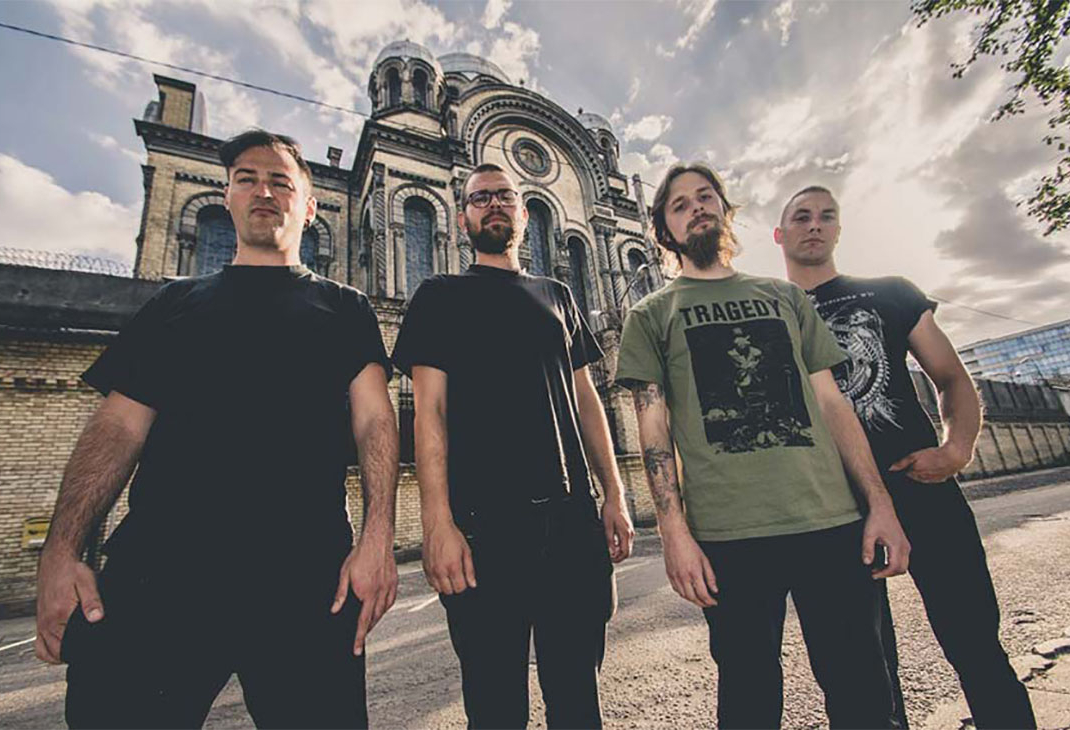 From Vilnius, Lithuanian Season Of Mist Records Since 08/2016
Find Erdve

Crushing insanity drips atmospherically out of every crack on ‘Savigaila’, experimenting with elements from hardcore, sludge, and black metal.

When ERDVE formed in the Lithuanian capital Vilnius in 2016, the band had a clear aesthetic vision of creating a unique heavy sound that experimented with elements from hardcore, sludge, and black metal – yet was not bound by any unwritten “rules” surrounding those genres. ERDVE’s members had already been active in their local scene and performed in various acts such as NYKSTA, SRAIGĖS EFEKTAS, and SPIRALE. A self-made tape version of their debut made its rounds in underground circles and the Lithuanians received the rare honour of being picked straight out of the dreaded demo pile by virtue of their musical strength and compelling quality.

The core ideas behind ERDVE are translated into lyrics, visuals, and sound by in-depth reflection on concepts such as domestic violence, utmost disgusting behaviour, crimes against humanity, and extremism. Their debut album ‘Vaitojimas’, released in 2018 by Season of Mist, delivered exactely that!

The new offering ‘Savigaila’, which translates as “self-pity”, revolves around overcoming the numbness within the great challenges of unsettling reality, and accepting them as they are. Regret, envy, self-regard, love, care and togetherness. From completely understandable to the most unreasonable sense. This idea is turned into melodies, rhythm, and sound by ERDVE on the bands upcoming sophomore album.

But make no mistake, ERDVE successfully transformed these melodies into a new unnerving experience on how THEY perceive life and with ‘Savigaila’, you may find that enjoying life, can be entirely implausible…

Join ERDVE on their next journey into the Baltic darkness! - Erdve Official Website

Check Out Videos from Erdve
Member(s):
Holy Sh*T, Did You See This?
View All
Recent Featured
View All