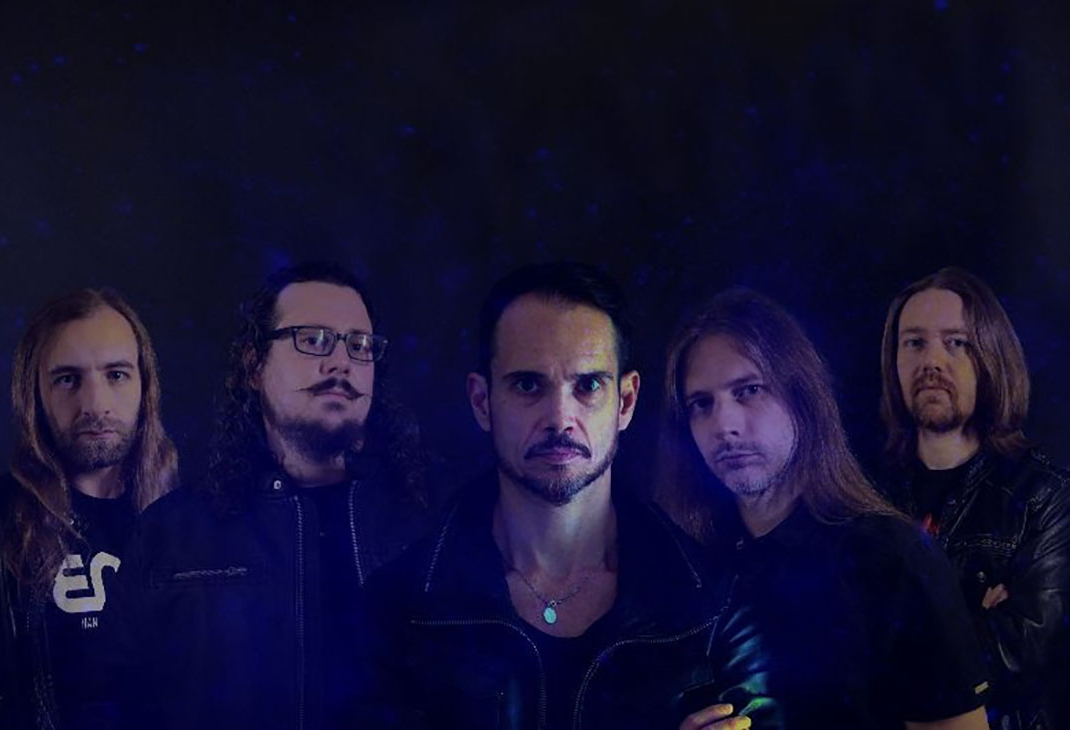 Having signed to Prosthetic Records for the release of their third album, 2021 marks the beginning of a new chapter for ETERNITY’S END. The European technical power metal band will release Embers Of War on November 26.

Formed in 2014 by guitarist and songwriter Christian Muenzner (Obscura, Paradox, Alkaloid, ex-Necrophagist), ETERNITY’S END have been through a series of line up changes on their way to perfecting their sound as well as evolving into a band that would logistically be able to tour. To date the band has released two critically acclaimed studio albums, one of which was financed through crowdfunding.

With a refreshed line up onboard, the band set to work on what would become Embers Of War. The album features twin guitar solos reminiscent of Racer X and Cacophony, and bombastic choruses in the vein of Iron Savior and Blind Guardian. Combined with theatrics and story-telling chops that would make King Diamond proud, the results are nothing short of fantastical.

With aggressive riffing, duelling guitars, Hannes Grossmann’s fast paced technical drumming, high pitched vocals and big epic choirs, Embers of War bears the hallmarks of a future classic of the genre. ETERNITY’S END set out to embrace all the over-the-top elements of power metal and blend them with enough technicality and nods towards classic heavy metal to make an album irresistible to headbangers around the globe.

Lyrically and visually the band aims to provide a moment of escapism; to reflect the truth in fiction and represent the magic of theatre and literature in a heavy metal context. These eight songs will lead listeners into a world full of magical wonder, far from their daily realities. The songs on Embers Of War tell fantasy, horror and science fiction tales, inspired by writers such as Michael Moorcock, Robert E. Howard, and Frank Belknap, as well as more modern authors such as Dan Simmons.

Lyrics describe epic battles from real life historical occurrences (such as on the track Dreadnought), to sword and sorcery style fantasy settings (Call Of The Valkyries, Bane Of The Black Sword). Elsewhere songs delve into science fiction scenarios in the far distant future (Arcturus Prime, Embers Of War), whilst others (Hounds of Tindalos, Shaded Heart) deal with Lovecraftian themes of alternate dimensions and cosmic horror. The mixture of sword and sorcery aesthetics with 80’s sci-fi is also reflected in the hand painted cover artwork by Dimitar Nikolov.

Embers Of War was written between November 2019 and October 2020 before being recorded between October 2020 and May 2021. The album was produced by Christian Muenzner and Hannes Grossmann and mixed and mastered by Hannes Grossmann at Mordor Sound studios. The choirs were provided by Piet Sielck and Jan Sören Eckert of German power metal veterans Iron Savior. - Eternity's End Official Website

Check Out Videos from Eternity's End
Member(s):
Holy Sh*T, Did You See This?
View All
Recent Featured
View All