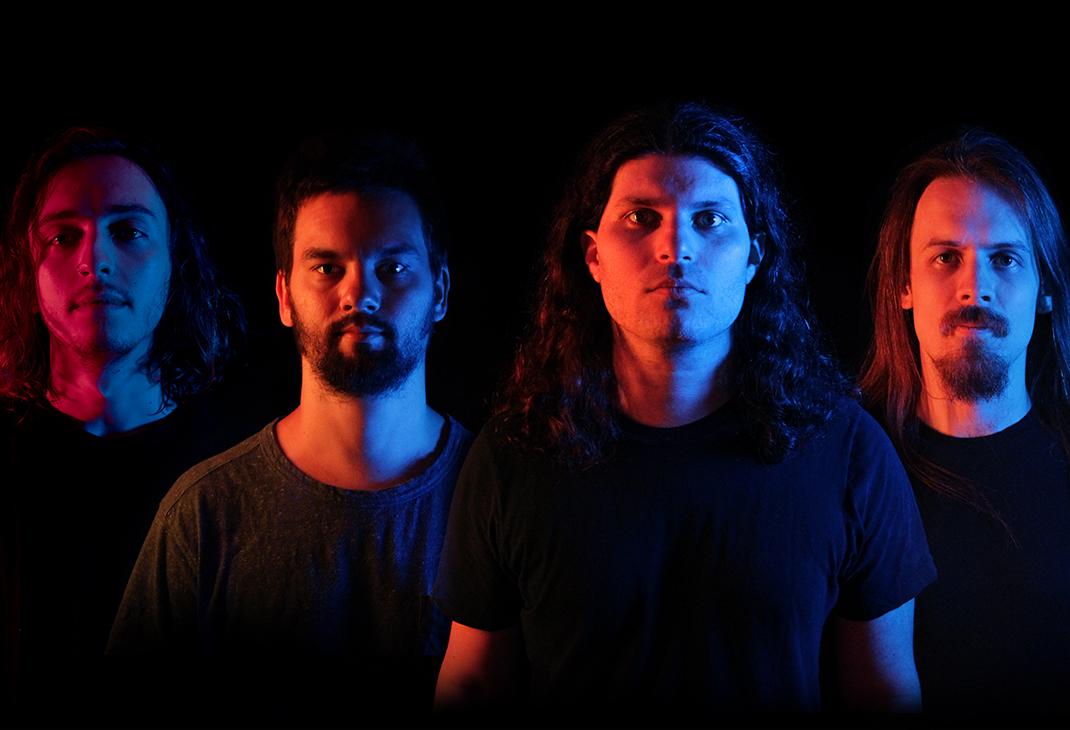 Having cut his teeth with Cynic, Defeated Sanity, and as frontman of the "Death To All" touring tribute to Chuck Shuldiner, it’s safe to say that Max Phelps, founder of Exist, has proven himself a more than capable performer in the progressive death metal world.

Phelps formed Exist back in the late ‘00s releasing the "In Mirrors EP" in 2010 and following it up with the band’s debut full-length, "Sunlight" in 2013 . The began recording new material in 2016 and got in touch with Prosthetic Records, who signed Exist immediately.

So True, So Bound, Exists’ debut album for Prosthetic, is a concept album that takes a look at how language and concrete definitions create societal rules and guidelines. It’s a fitting subject in today’s quick to judge and dismiss world where a lot of communication is done through 140 characters. Phelps comments:

“The lyrics and approach to this album are more direct than our debut, maybe intended to be a bit more of a ‘fuck you’ where-as Sunlight was more esoteric and self-reflective. A critical commentary on humanity’s inability to accept the true lack of absolutes in life. The world isn’t black and white and for every firm belief we hold there’s almost always something that will break the rules we’ve created if we delve deep enough. We've included some humorous self-deprecation in there as well as to suggest that we’re maybe just as guilty as those we’re criticizing. Musically I think it’s more direct and concise as well. A little less improvisation and more use out of less ideas. I wouldn’t necessarily say these changes are a ‘new direction’ or a means to an end, it’s just what we did this time.”

Self-produced and mixed by Nolly Getgood (Periphery), So True, So Bound will see a worldwide release date through Prosthetic Records on June 9th. One week prior to release, Exist will kick off a North America tour headlined by Montreal progressive metal giants, Gorguts. Phelps will also be fronting Defeated Sanity on the trek, pulling vocal double duty. No small feat for two such hard hitting bands.

Bassist, Alex Weber, who was a touring member of Jeff Loomis’ solo band for his last touring cycle, along with Matthew Rossa in the second guitar position rounds out the line-up to this Maryland based band. Though not appearing live with the band, Hannes Grossmann (Necrophagist, Obscura) provided drums on the album.

“We were fortunate enough to work with a really great team throughout the entire process." explains Phelps. “In absence of a drummer, Hannes Grossmann stepped in as our session guy and full delivered. Nolly crushed the mix (as expected) and we were fortunate to find an amazing visual artist, Sebastian Jerke, who wasn’t afraid to jump down the rabbit hole with us, illustrating and adding to some very specific concepts in his own beautiful style of painting. Bobby Koelble also gave us all a schooling with one of his incredible solos.” - Prosthetic Records

Check Out Videos from Exist
Member(s):
Holy Sh*T, Did You See This?
View All
Recent Featured
View All