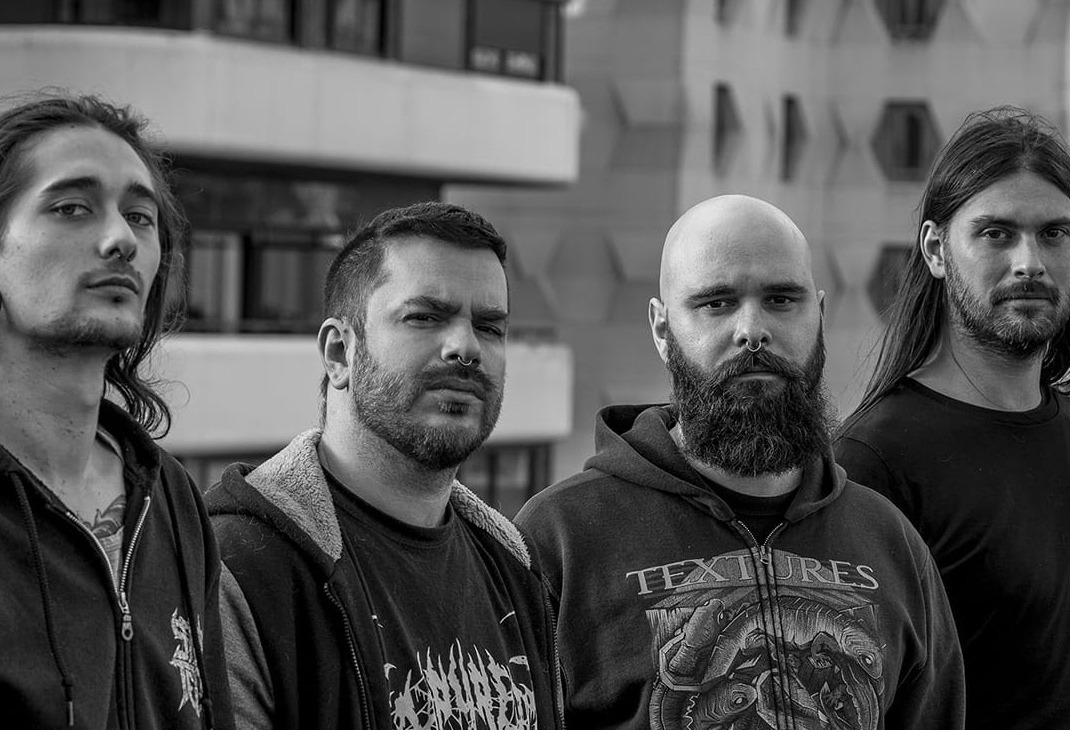 Since their inception in 2013, Exocrine have cemented their reputation as one of France’s most fearsomely technical and revered acts, beginning life as the brainchild of prolific guitarist Sylvain Octor-Perez.

Their 2015 debut Unreal Existence (Great Dane Records) caught the attention of keen-eared aficionados; not content to rest the band immediately set to work on their profound second record, Ascension, released 2017, again via Great Dane Records. Anchored in a sci-fi universe supported by a spatial sound design and cinematographic atmosphere, Ascension expanded on their trademark technical and brutal riffs, flowing melodies and sumptuous solos.

Determined to grow within technical death metal, Exocrine joined Unique Leader Records for the release of their third album Molten Planet in 2018, taking their sounds to the stage across Europe and Japan with bands such as The Faceless, Obituary, Obscura, Archspire and more. Maelstrom, the bands transcendental fourth album followed in 2020, pushing the genre to its outer limits, exploring extreme tempos, technicality and brutality with a progressive approach and Synth Wave inspired synths.

Now with their fifth offering due for release in June 2022, The Hybrid Suns is the sound of a band hitting their full potential, intent on carving out their own style within the realms of technical death metal. With a sound unlike anything else, Exocrine are the masters of intricate technical experimentation and The Hybrid Suns is a formidable offering. - Hold Tight PR

Check Out Videos from Exocrine
Member(s):
Holy Sh*T, Did You See This?
View All
Recent Featured
View All