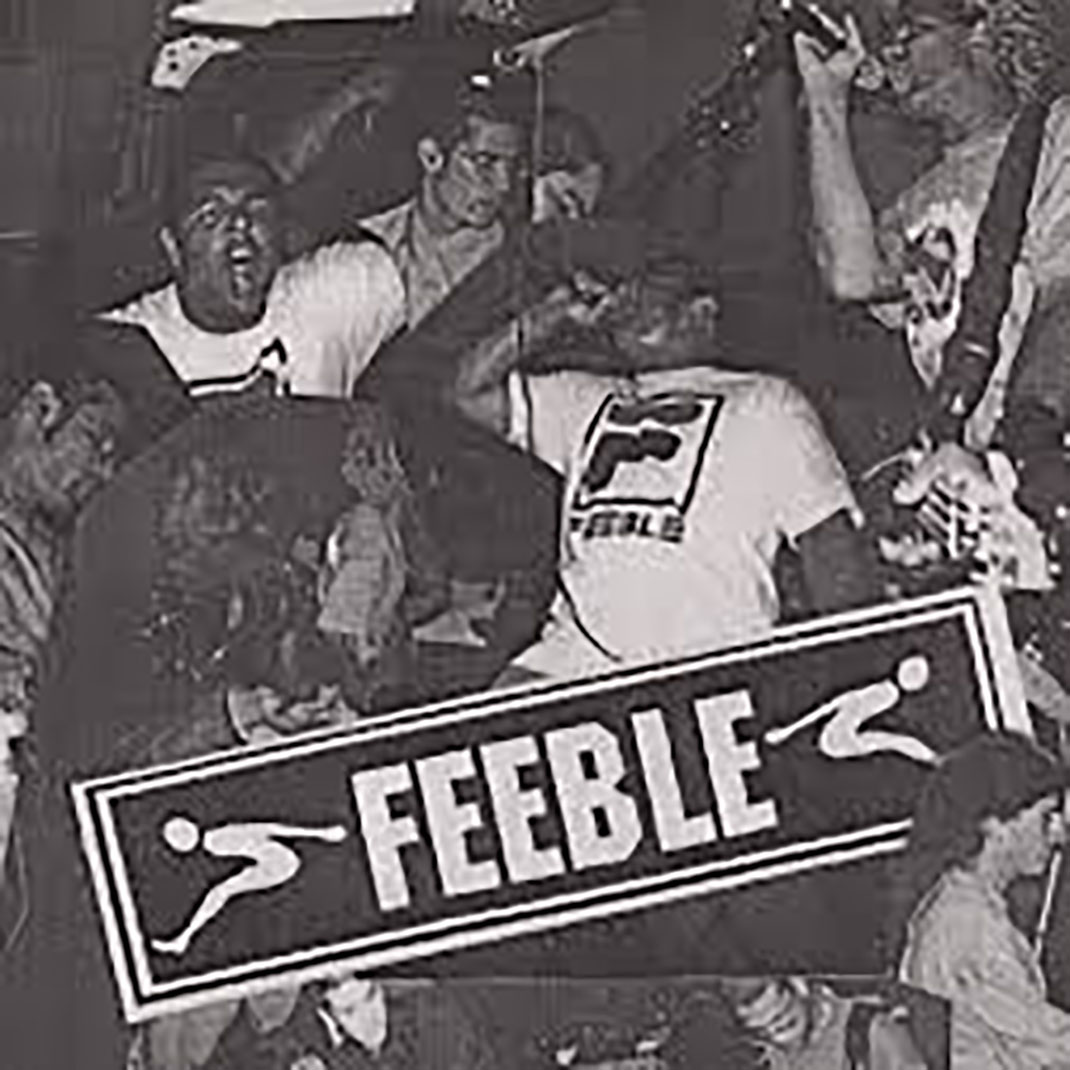 Pennsylvania's East Stroudsburg punk/hardcore band FEEBLE played a great mid nineties mix of energetic punk along the lines of Avail blended with a little bit of an Oi! flavor to it. It was upbeat and even had a bunch of quirky little lead guitar work in the songs very indicative of mid nineties punk like Lagwagon or Nofx. Their singer Jotham Oliver has a nice gruff but slightly melodic twist to his vocals giving their songs that anthemic feel to them.

Now if you didn't immediately recognize that name maybe you have heard of what he goes by in his current records, Mad Joe Black. That might ring a bell for anyone who knows of my favorite bringers of the Thug Rock BOXCUTTER as well as one of my favorite hardcore bands that have been pounding the streets lately, WISDOM IN CHAINS. He's even spent some time playing bass in OUT TO WIN. Yup, it's the same guy only a decade later. And you can definitely tell in his delivery where his current styles have come from. - Coregasm