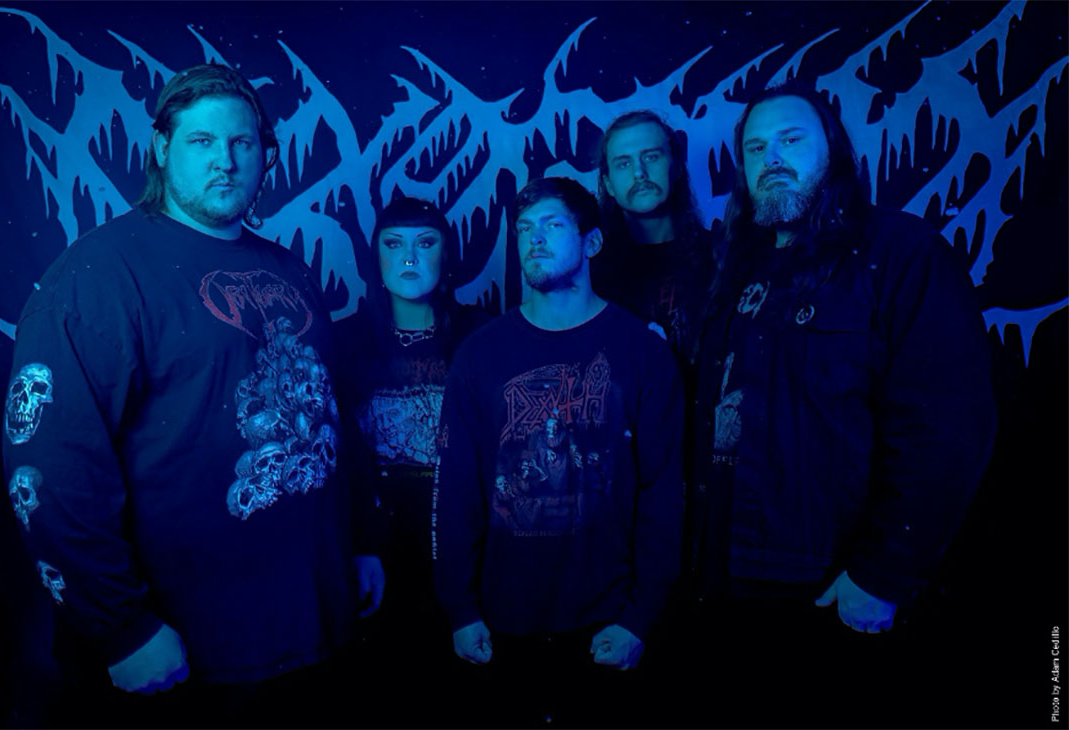 Frozen Soul from Fort Worth, TX

Formed in 2018 by Green and guitarist Michael Munday, who were both also handling caveman duties with local bonecrushers, End Times, FROZEN SOUL immediately picked up a buzz for their filthy, raw sounds and atmospheric live show.  Shows opening for Blood Incantation, Gatecreeper, and Obituary helped usher the band into the national light as crowds were left stunned in the band's icy wake, chilling blue lights and a snow machine addled atmosphere that chilled the Dallas heat. With only their EP to their name, FROZEN SOUL (its lineup now rounded out by bassist Samantha Mobley, second guitarist Chris Bonner and drummer Matt Dennard) hit the road in North America throughout 2019, as well as the dead of Winter 2020, converting crowds much like the march of Game of Thrones' Night King.