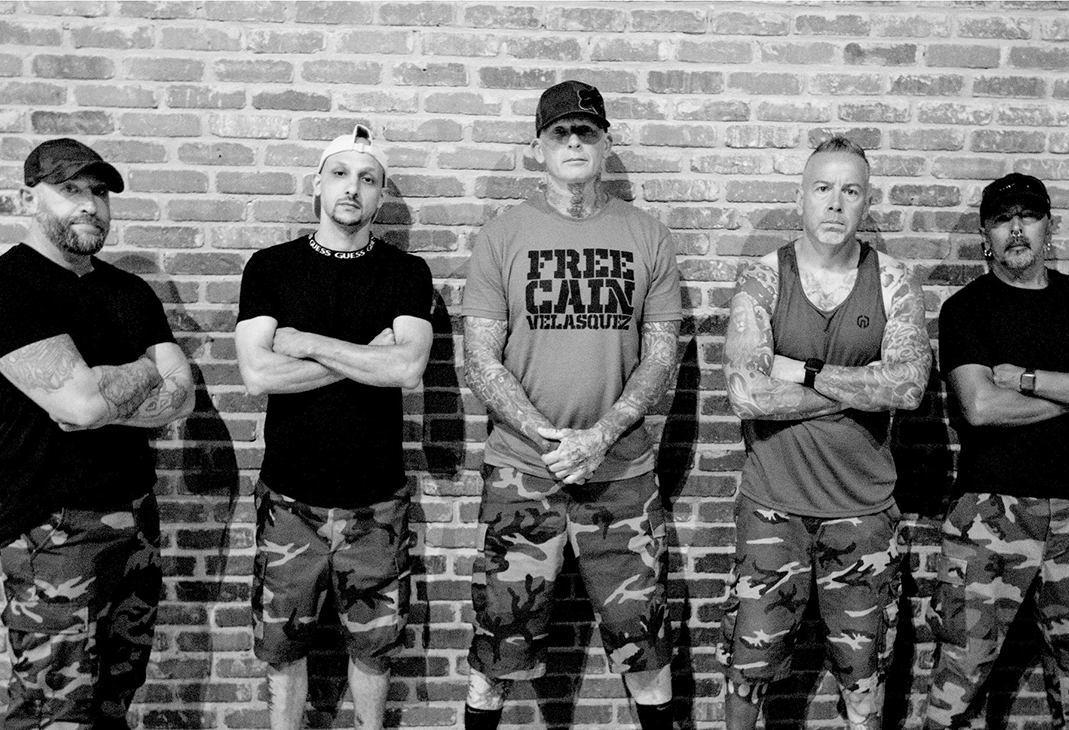 Fury Of Five from New Jersey

After a 23-year hiatus from the New Jersey Hardcore Scene, Fury of Five have returned in a brutal fashion.  With the original front line and a new drummer, they hit the stage in their hometown of Asbury Park, NJ in June of 2022 with a sold-out event.

Wasting no time, the band hit Landmine Studios with engineer/producer Len Carmichael to work on their next release.

In 2023, the band will be releasing a 5 song EP titled “Half Past Revenge” with Upstate Records.  With tracks like “Revenge Doesn’t Sleep” and “W.A.R.” (We Are Ready), these guys are picking up right where they left off in 1998.

Taking respect since 1994 and still relevant in the music scene today, the Fury of Five catalog is an arsenal of angry venom.  From “No Reason to Smile”, “At War With The World” and “This Time It’s Personal” to the upcoming “Half Past Revenge”, this New Jersey hardcore outfit knows how to blend reality with metal, hip hop and attitude.

Check Out Videos from Fury Of Five
Member(s):
Holy Sh*T, Did You See This?
View All
Recent Featured
View All