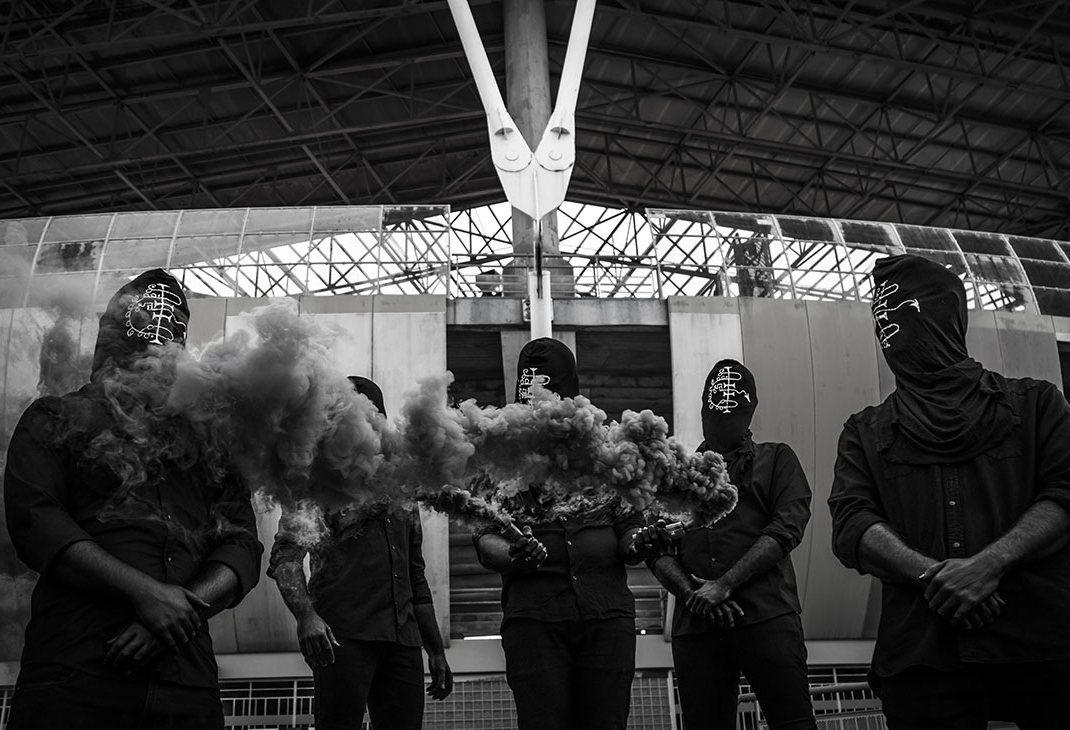 From Oporto, Portugal Season Of Mist Records Since 12/2016
Find Gaerea

Something rises in the bleak and blackened skies of society as we know it. Vortex community GAEREA are about to bestow their Undying Sigil to the masses, with their brand-new full length ‘Limbo’!

GAEREA is a black metal quintet from Portugal. Emerging in the beginning of 2016, the band released their first (self-titled) EP on November 11, 2016 through Everlasting Spew Records. The EP received many praises from the worldwide press, and it was not long before the first full length "Unsettling Whispers" (2018) was presented.

With that, GAEREA had the pleasure to perform and tour festivals in Europe and China, including performances with Jupiterian in April 2019 and a headlining Chinese tour in May 2019. The band already performed at festivals like SWR Barroselas Metalfest (PT), De Mortem et Diabolum (DE), Throne Fest (BE), Frantic Fest (IT), Eresia Metal Fest (IT), Amplifest (PT) and many more. During the fall of 2019, the band did an extensive tour with label mates NUMENOREAN under the Doomstar Bookings wing throughout Europe.

Are you finally ready for the tale of the Fallen Society and the journey to the vast Void, the only good in Life? Let us begin then. In the first hopeless circle, on too great and Undeniable Nothingness. WE ARE GAEREA.

Check Out Videos from Gaerea
Member(s):
Holy Sh*T, Did You See This?
View All
Recent Featured
View All