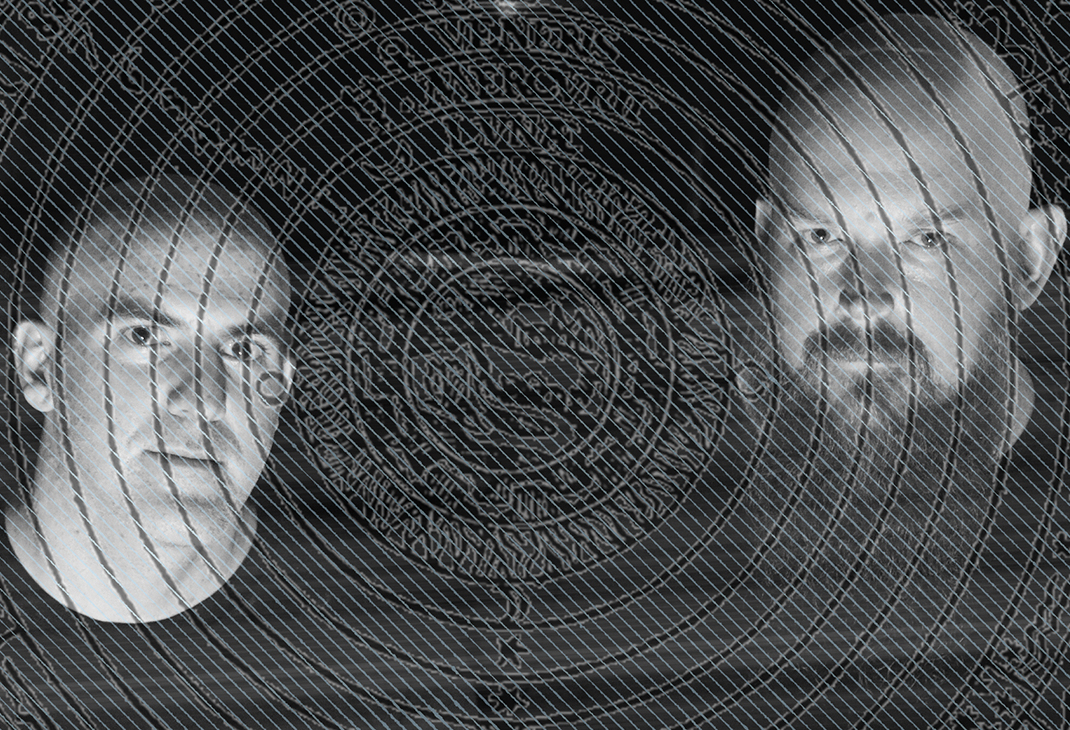 GEMATRIA is a collaboration between Ray Suhy (Six Feet Under, Ray Suhy/Lewis Porter Quartet, ex-Cannabis Corpse, ex-East Of The Wall) and Steve Honoshowsky (Daughter Vision, Billy Martin’s Fang Percussion, No Use For Humans). The duo formed in 2017 out of a mutual respect for each other’s playing, a myriad of shared musical influences and a love for esoteric studies and explorations. Their first recordings, a five-song eponymous EP, was released by Nefarious Industries in 2018.

The songs on their proper full-length release, Gematria II: The Spindle Of Necessity, were composed using elements of gematria, a qabalistic numerological system of relating words to numbers, the I Ching, sacred geometry and the writings of Aleister Crowley and Austin Osman Spare to help generate rhythmic and melodic ideas. Recorded by the band throughout 2020/2021 with the drums recorded by Adam Vaccarelli at Retromedia Sound Studios who mixed the album, mastering was handled by Alan Douches at West West Side Music. The album features a guest electric flute solo on “Spindle Of Necessity” by Melissa Keeling, and a vocal choir on “Unconquered Sun” performed by Emily Grove, recorded by Steve Greenwell. The artwork was created by Steve Honoshowsky and the layout/design handled by Greg Meisenberg. Gematria II: The Spindle Of Necessity is a combination of intricate King Crimson-esque parts mixed with ambient soundscapes, blistering improvisations, and powerful drumming.

Check Out Videos from Gematria
Member(s):
Holy Sh*T, Did You See This?
View All
Recent Featured
View All