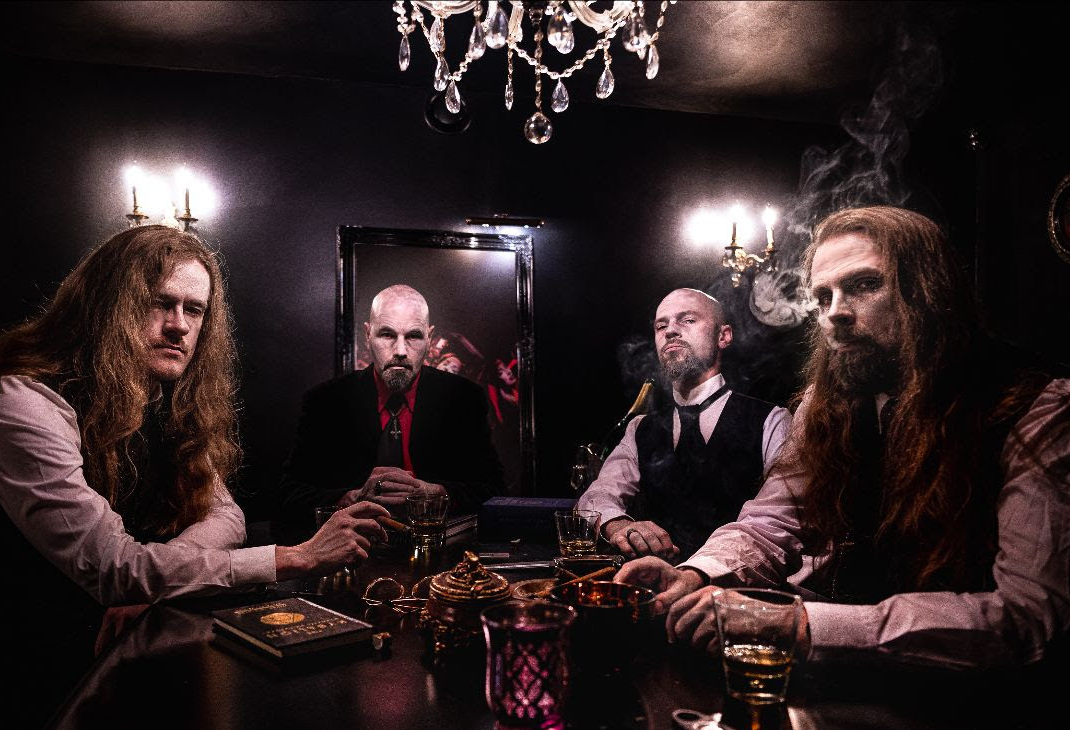 GOD DETHRONED was formed by mainman Henri Sattler in 1990. After one demo they released their debut album “The Christhunt” in 1992 on a tiny German label. Due to problems with the other band members and the record company, Henri decided to split the band. He then formed Ministry Of Terror, a Thrash Metal band, and released the “Fall Of Life” album with them in 1994. After a European tour Henri left the band and re-formed GOD DETHRONED. With new band members and better songs in his back, Henri and the new GOD DETHRONED recorded “The Grand Grimoire” and inked a deal with Metal Blade. Many successful tours followed in Europe, the U.S. and Japan with great Death and Black Metal acts like Cannibal Corpse, Morbid Angel, Immortal, and Marduk, just to name a few.

In the meantime most of the renowned festivals were played: Dynamo Open Air, Wacken, Graspop and Summer Breeze. However, not everything went smooth. Drummer Roel Sanders left the band after the US tour promoting “Bloody Blasphemy”. Nile’s Tony Laureano played on the “Ravenous” album, but couldn’t stay for obvious reasons. Janne from The Crown played on the tour and finally new drummer Ariën van Weesenbeek came in, whose first recording experience with the band was “Into the Lungs of Hell”. This album was received very well by the press around the globe and again the band toured around Europe and played more festivals like Party San and Summer Breeze.

The time following the release of “Into the Lungs of Hell” was one of the most difficult periods in the band’s history. The band had been together so long that the individual band members had developed new views on life and the band. Somehow the challenge was gone. At a certain point Beef and Jens decided to leave. The remaining band members Henri and Arien wrote a new album, “The Lair of the White Worm”, based on a novel by Bram Stoker. New band members Isaac Delahaye and Henk Zinger joined the band right before the recordings. After the release the band played numerous shows and festivals like the Summer Breeze and With Full Force, headlining tours in Europe and the U.S. as well as support slots for bands such as The Haunted and Bolt Thrower.

In between tours the band worked on a new album and went straight into the studio after the European tour with Bolt Thrower. Two months later “The Toxic Touch” was a fact. After the release of the album the band toured Europe as main support for Vader. Then the band played a number of festivals like Earthshaker and New England Metal & Hardcore fest a.o. and a number of headliner shows across Europe. Family issues kept Henri at home for a long time until he started working on “Passiondale – (Passchendaele)” mid 2008.

During mid October the band went to Soundlodge studio’s in Leer, Germany, to work with Jörg Uken again. The production of “The Toxic Touch” turned out so well that the band decided to go there again. In contradiction to the previous album the new one is a lot more extreme and furious also because of the return of Roel Sanders on drums, but still with the typical melodic parts which make the band sound unique among the competition.

Roel played on “Grand Grimoire” and “Bloody Blasphemy” as well. Albums that were dominated by blast beats, brutal riffing but also many hymnic parts. It seemed the most logical thing to do, to go back to our early sound, so also Danny Servaes who played keyboards on aforementioned albums participated again and added that touch of mystique which made the songs even more special.

The grimness of the war is reflected in the songs and the atmosphere creates a feeling of listening to the soundtrack of a war movie.

The album was recorded as a three piece because guitar player Isaac Delahaye decided to go in another direction. He did however contribute to the album by doing a lot of additional research for the lyrics Henri wrote.

The lyrics deal about World War I without taking a particular point of view or speaking about a specific country since God Dethroned’s band members don’t want to deal with politics.

The band embarked on a massive world tour after the release of the album, also playing South America for the first time in their career.

Plans for another album about World War I were made during those days on the road and “Under the Sign of the Iron Cross” was written and recorded soon after.

This album showed an even more grim atmosphere and was aggressive to the core.

Again the album was received very well by the press around the globe, with a couple of “Album of the month” rewards as well as “Album of the year” in some countries.

However, the band needed a break after more than 20 years on the road and the decision was made to play a farewell tour during 2011, playing many great festivals in Europe and the grand finale was to be held on the “70,000 Tons of Metal” cruise in the U.S. In february 2012.

When in 2013 Henri attended the funeral of his former label boss Michael Trengert, he met several people from the music industry again, as well a lot of fellow musicians.

He decided that day he needed music more than anything else in his life and decided to get the band together again. This would still take towards the end of 2014 to achieve, but then the band was ready to go out on the road again.

Another year of playing many festivals followed and the band just finished recording the grand finale of the World War I trilogy.

“The World Ablaze” was recorded end of 2016 by the band, mixed by Dan Swanö and mastered by Sander van der Heide at the world famous Wisseloord studios in The Netherlands. The album was released on the Dutch Liberation Day on May 5th, 2017.

2022 marks the signing of a treaty between GOD DETHRONED and ATOMIC FIRE RECORDS. To fortify this collaboration, new single “ASMODEVS” was released upon humanity on Dec 2, 2022. A brand new, thrilling music video accompanies this beast.

GOD DETHRONED concludes the year with an appearance at EINDHOVEN METAL MEETING and a Latin American tour with fellow metaleros SINISTER.

As the script for 2023 is rolled out, the Order of the Serpent King is more ready than ever.

Check Out Videos from God Dethroned
Member(s):
Holy Sh*T, Did You See This?
View All
Recent Featured
View All