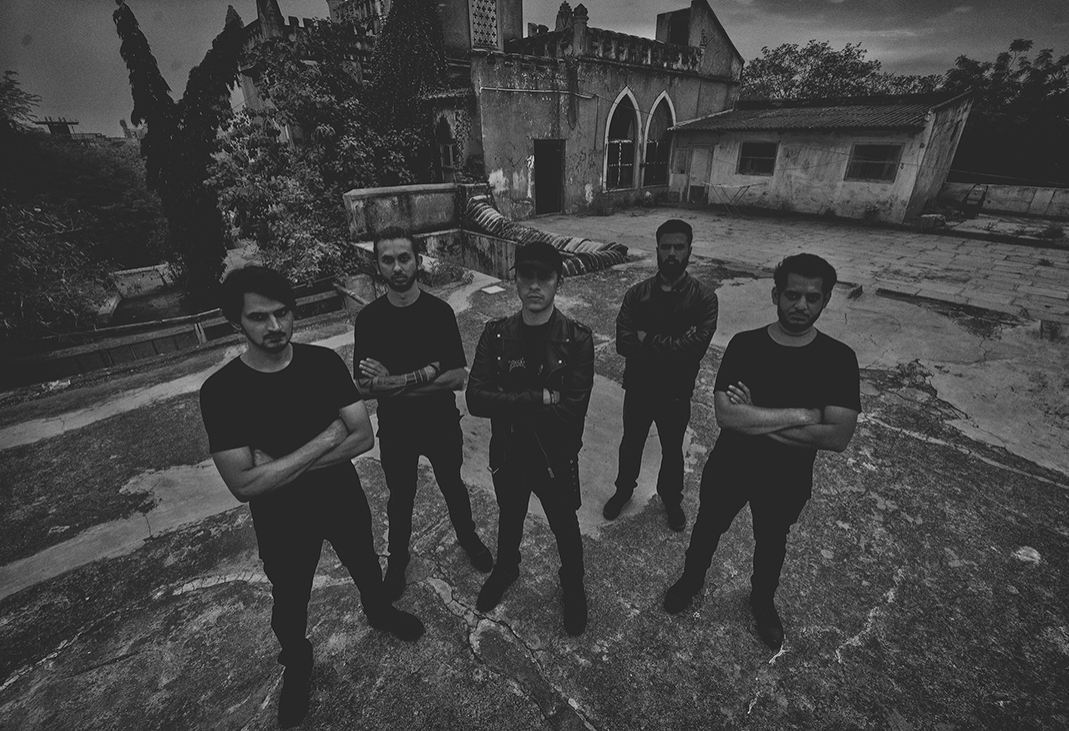 From Hyderabad, India Since 11/2015
Find Godless

From their inauspicious origins within a very exotic metal music scene, India’s Godless slowly rose to the very top of the country’s death metal class.

Interestingly, throughout this gradual but inexorable climb, the members of the band didn't distinguish themselves for bringing innovations to the genre so much as for their unapologetic commitment to pure, unadulterated, lightning-fast, ear-shredding, thrash-influenced death metal.

With a name like Godless, it doesn't take a genius to file the band into the realm of uncompromising music, but since being formed in mid-2015 by musicians who have been a part of the Indian metal scene for years, Hyderabad-based band has broken to also meddle in other old-school metallic forms.
Slowly developing their craft over the next year, singer Kaushal LS, guitarists Ravi Nidamarthy and Rohit Nair, bassist Abbas Razvi, and drummer Aniketh Yadav eventually recorded a four-track EP with the mission statement-like title of Centuries of Decadence, which was mixed and mastered by Joe Haley of Australian technical death metallers Psycroptic. After being brought under the Transcending Obscurity Records fold, Godless launched their EP in May 2016, which was met with rave reviews in media, including features in Rolling Stone India, Terrorizer, XXL Rock, No Clean Singing, Metal Wani, Brave Words, Dead Rhetoric.

2017 brought support slots for the Indian leg of Psycroptic tour, as well as Jeff Loomis and Swedish metallers Mindshift.
Encouraged by their growing fan base and received feedback for the debut EP, Godless rushed back into the studio in early 2018 to record their sophomore EP Swarm, another blistering deathrash metal tour de force that boasts guest appearance from former Obscura guitarist Tom “Fountainhead” Geldschlager on the record’s closing piece. Mixing and mastering was done at the renowned Hertz Studio in Poland, known for their work with likes such Vader, Behemoth and Decapitated. Un-phased, the band simply vowed to play ever faster, meaner, louder — making sure that their new effort was their fiercest yet.

To cement their position on the Indian metal scene as one of the most admired metal acts, Godless won the local Metal Battle India competition, leading to their international live debut at the world’s most prestigious metal festival, Wacken Open Air, in August 2018. After a busy 2019, with a massive India tour, 4 week European tour and a Nepal tour, the band once again entered the studio.

Godless is back with their debut LP “States of Chaos.” Scheduled to release on the 19th of November, the full-length album sees the band unleash 8 intense and unfaltering tracks that promise to pummel the listener into submission. - Godless Official Website

Check Out Videos from Godless
Member(s):
Holy Sh*T, Did You See This?
View All
Recent Featured
View All