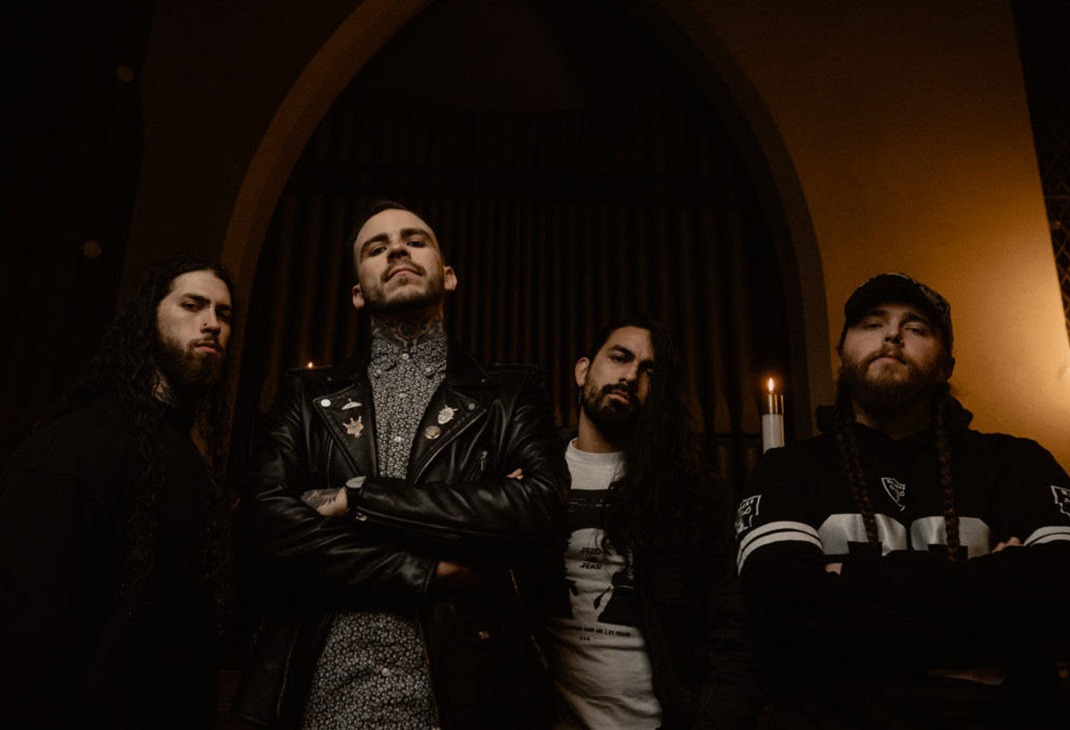 Extreme music is aggressive by nature, but GREAT AMERICAN GHOST may be the an-griest sounding band of all time. The group Metal Injection calls “always hateful, always pissed” returns with ten songs of absolute fury, Power Through Terror. They direct an old-school hardcore wrath at hypocrisy, apathy, and self-loathing, delivered in a dark cloud of relentlessly bludgeoning riffs.The Boston tradition includes seminal pioneers like Gang Green, SSD, and DYS. The back of GREAT AMERICAN GHOST screamer Ethan Harrison’s head is tattooed with the symbol for The Hope Conspiracy. But make no mistake, Power Through Terror is a devastating, mature metal-fueled odyssey. As Harrison says of guitarist Niko Gasparrini and bassist Joey Per-ron, “No matter how much my dudes listen to Meshuggah and Gojira, I’m always going to sound like I love American Nightmare, because I do.” And it’s that potent concoction of the push and pull between hardcore spite and metal ferocity that makes GREAT AMERICAN GHOST’s third LP so potent.Which isn’t to say the anger, malice, and corrosive pummeling of Hatred Stems from the Seed (2017) and Everyone Leaves (2015) that was so warmly embraced by Metal Sucks, New Noise, Metal Injection and the fans who’ve seen them on tour (with bands like With-in The Ruins and Kublai Khan) is absent. Far from it. The Warped Tour, Metal Alliance, and Never Say Die! tour vets sound more visceral than ever. Power Through Terror is more ambi-tious and even more violent.

Check Out Videos from Great American Ghost
Featured On
Member(s):
Holy Sh*T, Did You See This?
View All
Recent Featured
View All