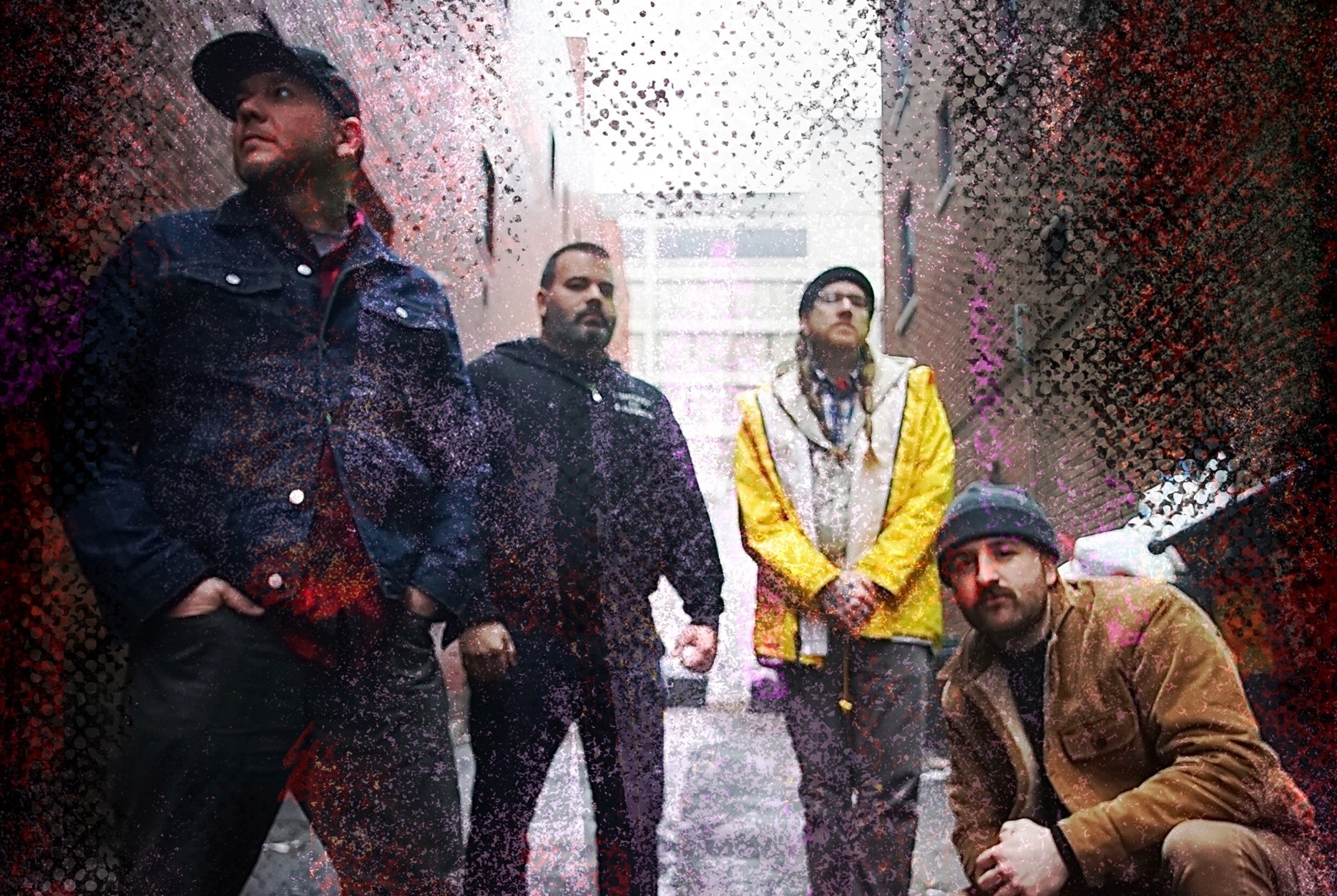 Human Animal started out in the early months of 2012 when several old friends had found themselves all without bands.  Everyone’s most recent musical endeavors had all but fizzled out and ideas to switch things up started to pop into each others heads.  Many of us had previously played in bands together even though some of those projects were well over a decade ago.  The notion was simple; we all missed just hanging out, having fun, making loud aggressive music, and creating something together.

EMS had been playing bass in bands since the early ‘90s and had always done a few back up vocals here and there, & even some guest vocals on friend’s records.  Everyone always has that fantasy that they’d like to try being a singer just once in their life.  Well after a bunch of months of him talking about the idea, drummers Bobby Williams and Adam Salaga made him put his money where his mouth was.  This time though Adam who had been playing drums in bands for well over a decade was itching to switch it up as well and play guitar.  Drummer Bobby Williams had recently built his own studio called Under the Radar and practices started happening.  After a short search for a bassist Ryan Zimmerman, the young buck of the crew, came through and helped complete the line up.

Out of the gate the band released our debut EP  on vinyl and CD, as well as several split 7”s in both the US and Europe.  In 2016 a 10 song discography release entitled “The First Four Winters” came out on CD in the US and cassette in Germany.  Since then the band has been working hard on their upcoming brand new LP entitled “False Realities”.

As with all of Human Animal’s previous recordings, “False Realities” was engineered by our drummer Bobby Williams.  This time however we enlisted the help of Andy Nelson from Chicago, IL’s Bricktop Studios to handle the mixing duties.  We then had Brad Boatright at Audiosiege in Portland, OR to master this monster.  Everything came out amazing and we couldn’t be happier with the way it sounds.  Who will put this amazing LP out is currently up in the air.  Stay tuned for more info as the release develops!

Check Out Videos from Human Animal
Member(s):
Holy Sh*T, Did You See This?
View All
Recent Featured
View All