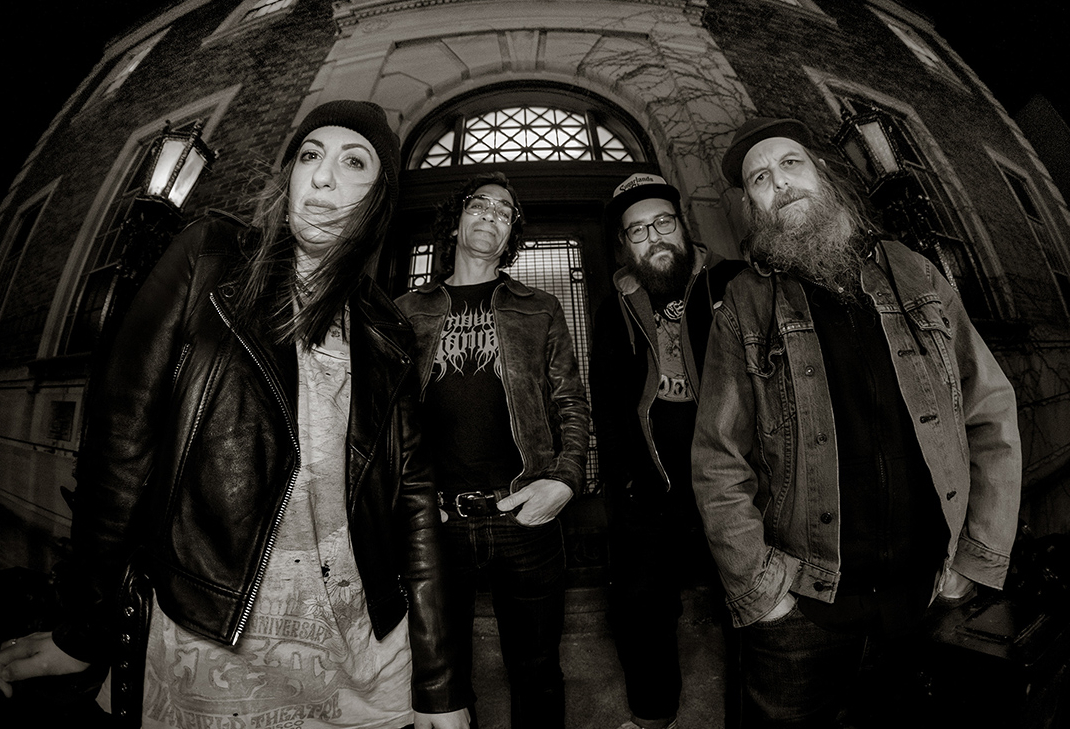 If you’re a fan of any kind of ’70s heavy rock – Southern boogie, NWOBHM, MC5/Stooges Detroit punk, Junk Shop glam or straight-up classic rock – we are willing to bet IAN BLURTON’S FUTURE NOW has something for you. If you’re the kind of person who might geek out on the vintage gear used to record that music, we’ll double down on that wager.

A mainstay in the Canadian scene since the 1980s, IAN BLURTON may have come along after hard rock’s heyday, but he has parlayed his love of the era’s musical sensibilities into a career as both a musician (Change of Heart, C’mon, Public Animal) and a producer (Cursed, Tricky Woo, Weakerthans, Cauldron). For the follow-up to his acclaimed solo debut, 2019’s Signals Through The Flames, he is pulling out all the stops, sourcing the best of the best for all elements. Formed to tour in support of Signals… FUTURE NOW features some of the top talents heard on that record: drummer Glenn Milchem (Blue Rodeo) and bassist Anna Ruddick (City And Colour). To complement the powerhouse rhythm section and recreate live the Wishbone Ash/Judas Priest–inspired harmonies that define the album, Aaron Goldstein was been recruited for second guitar.

Check Out Videos from Ian Blurton's Future Now
Member(s):
Holy Sh*T, Did You See This?
View All
Recent Featured
View All