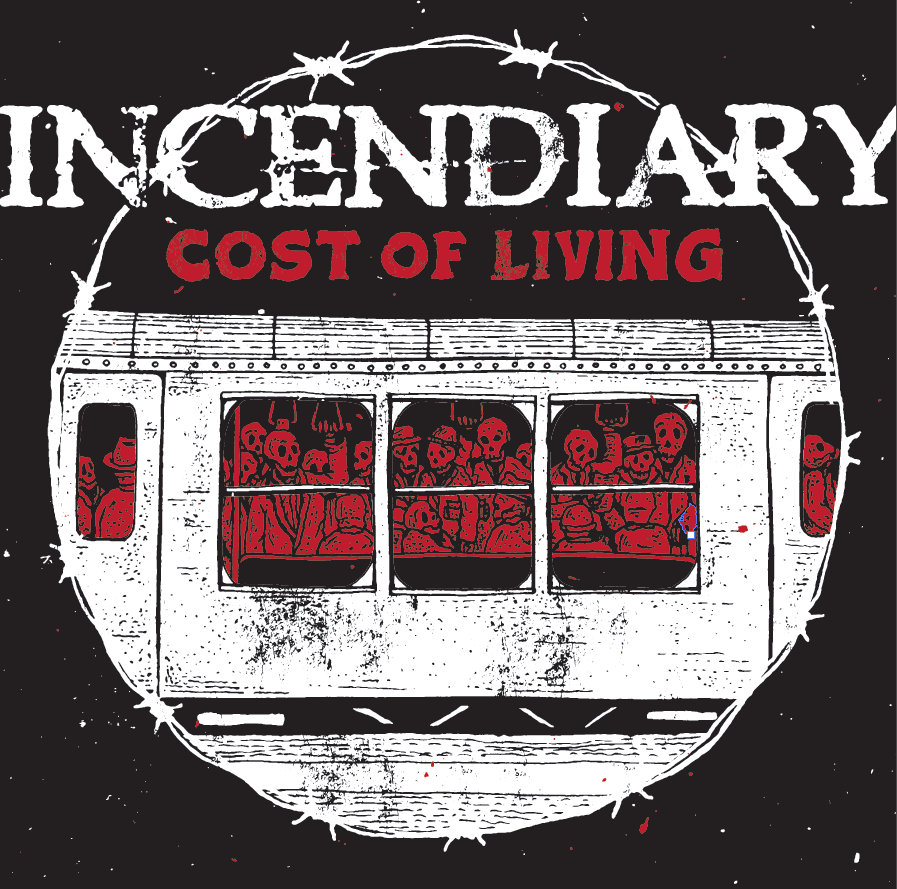 Since the earliest days of hardcore, New York City has always been an epicenter for the genre. A few miles east, however, Long Island played host to a burgeoning and influential scene all their own. Rather than living in the shadow of their urban counterparts, Long Island hardcore bands took elements of the classic NYHC sound and injected their own sense of style into the music. It's in this tradition that a band like Incendiary exists in 2017.

Formed in 2007 on Long Island, New York and now Brooklyn-based, Incendiary have always been a band out of time. Drawing a strong influence from the past decades local favorites (Vision of Disorder, 108) and even nodding to New York State at large (Snapcase, Earth Crisis), the references to their area's roots have always been worn on their sleeves. Following a series of splits and a full length ('Crusade' released in 2009) the band teamed with burgeoning upstate New York label Closed Casket Activities to release their powerful 'Cost of Living’ LP in 2013, an album filled with poignant, socio-political lyrics atop pummeling, churning music that is simultaneously vitriolic and tuneful. 'Cost of Living' was a testament to what had only previous been hinted at with earlier releases.

Four years have passed since 'Cost of Living' was unleashed. That’s a lifetime for many hardcore bands, but Incendiary aren't done. In the Fall of 2016 they entered Graphic Nature Audio with renowned producer Will Putney (Every Time I Die, The Acacia Strain) and began working on their next record. The result, entitled 'Thousand Mile Stare,’ permeates with the strongest elements that have put Incendiary among the best bands in hardcore, yet masterfully avoids a retread of old ideas. The songs sound urgent and relevant, embodying the troubled times during which they were created. These are anthems of sorrow but also dissent, all weaved into one devastating collection. - Facebook