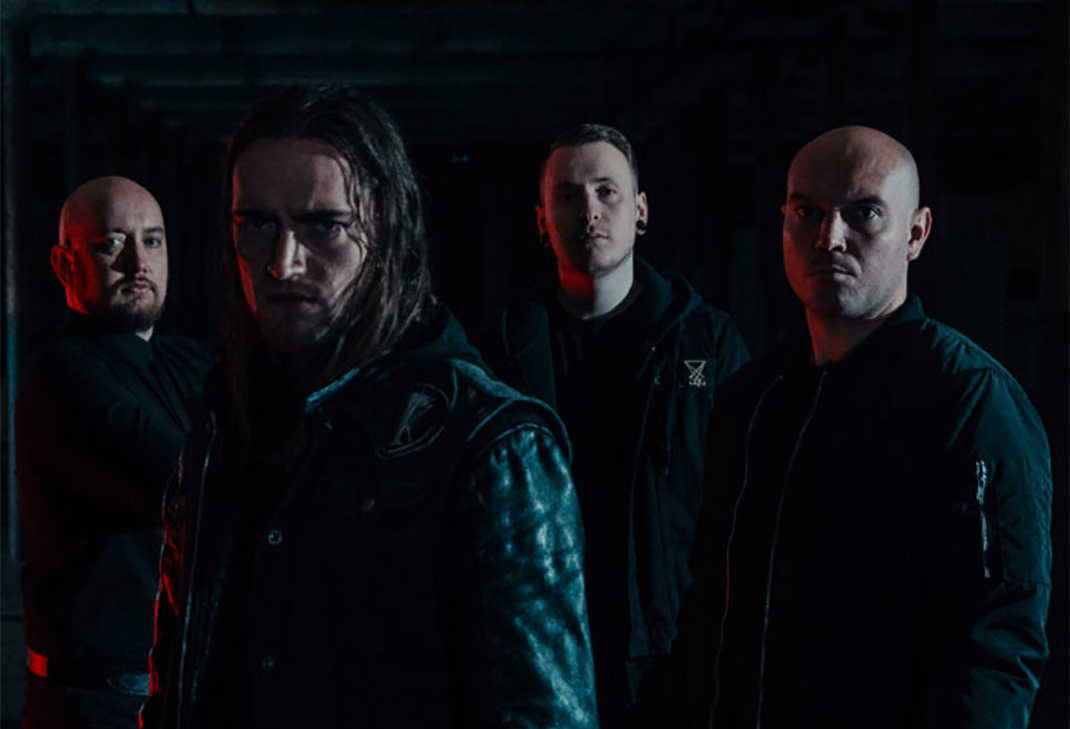 In 2009, the band recorded their full-length debut, “Surpassing The Boundaries Of Human Suffering” released via British label Siege Of Amida Records (SOAR) to enthusiastic acclaim in the underground brutal death metal scene.  With cover art produced by Japanese artist Toshihiro Egawa it became an iconic visual piece as well as an important album within the slam death metal and deathcore scenes. While the band’s reputation gained momentum throughout the United Kingdom, INGESTED focused their energies on beginning their touring career opening on the Bonecrusher Fest European Tour with The Black Dahlia Murder, 3 Inches Of Blood, Necrophobic, Carnifex, The Faceless and Obscura. 2 years later the quintet began recording their sophomore album “The Surreption” released via Siege Of Amida/Candlelight Records USA and featuring a guest appearance from Alex Erian of Despised Icon. After a pause in the bands touring cycle, INGESTED returned in 2013 with the self-released EP “Revered By No-one Feared By All”, hand numbered and limited to 500 physical copies, it re-ignited the flame amongst the underground death metal community and became one of the most sought after and essential releases in their catalogue.

Their third full-length album (released by Century Media Records after their acquisition of SOAR), “The Architect Of Extinction” was mixed and mastered by Christian Donaldson of Cryptopsy at Canadian studio The Grid in Montreal, Quebec. After its release, it marked the bands significant international breakthrough by securing two North American tours in the space of 12 months, the first in 2015 on the Devastation On The Nation Tour supporting Origin, Krisiun, Aeon, Alterbeast & Soreption, followed by arguably the greatest death metal line up of all time when INGESTED embarked on Summer Slaughter Tour in 2016 with Cannibal Corpse, Nile, After The Burial, Suffocation, Carnifex, Revocation, Krisiun, Slaughter To Prevail & Enterprise Earth. This breakthrough year also cemented the band as British death metal heavyweights becoming one of the very few successful extreme metal exports from the island in recent memory.

As INGESTED moved through a decade since its inception with their original line-up still intact, it was becoming apparent that the self-proclaimed Kings of Slam were here to stay.

Towards the end of 2017, INGESTED entered the studio to record their career defining album “The Level Above Human” which was released in Spring 2018 via Unique Leader Records and debuted at #5 on Billboard’s Heatseekers chart, #30 on the Independent Albums chart, #16 on the Hard Rock Albums chart, and #135 on Billboard’s Top 200 Albums chart. The release coincided with the bands most intense touring schedule to date playing 157 shows during the year across the UK, Europe, North America & Central America landing support slots with Crowbar, The Black Dahlia Murder, Aborted, Psycroptic, Cryptopsy, Origin & Misery Index, among many headline shows and spots on festivals such as Metal Days in Slovenia, Brutal Assault in Czech Republic, Rockstadt in Romania, Bloodstock Festival in England, Motocultor Festival in France & Deathfeast Open Air in Germany.

During their busy touring cycle of 2018, INGESTED continued to write new material and followed up “The Level Above Human” with 4-track EP “Call Of The Void” which was recorded in January 2019 at Kimera Recordings with engineer & producer Nico Beninato of Kimera Recordings in Palma De Mallorca, Spain and mixed and mastered by now good friend Christian Donaldson. The five piece continued to promote both releases touring throughout 2019 in the UK with The Black Dahlia Murder, in Europe with Cryptopsy and in North America with Despised Icon & Suffocation along with playing summer festivals such as Summer Breeze Open Air in Germany.

2019 commemorated the 10-year Anniversary of debut album “Surpassing The Boundaries Of Human Suffering” where INGESTED reinforced their title as the Kings of Slam by playing the album in its entirety, selling out shows across Europe and the UK with support from Unique Leader comrades Within Destruction, Signs Of The Swarm and Distant, making the “Decade Of Human Suffering Tour” the most successful Slam Death Metal tour of all time.

Now 14 years into their career, spectacularly, with all original members Sean Hynes, Sam Yates, Jason Evans & Lyn Jeffs, 2020 promises to be the most successful year yet for INGESTED with Parts II & III of the “Decade Of Human Suffering” tours across Eastern Europe & Russia and North America in winter to be played respectively, their 5th full-length album set to be released and another powerful touring schedule with many new territories to be conquered. The band have already announced a European tour with Decapitated as well as a headline tour of Asia, a first visit to Australia and New Zealand supporting Nile, Hellfest in France, Deathfeast Open Air in Germany and Kaltenbach Open Air in Austria but this is just the beginning as INGESTED continues to push the boundaries of international dominance in every direction both on record and live. - Unique Leader Official Website

Check Out Videos from Ingested
Member(s):
Holy Sh*T, Did You See This?
View All
Recent Featured
View All