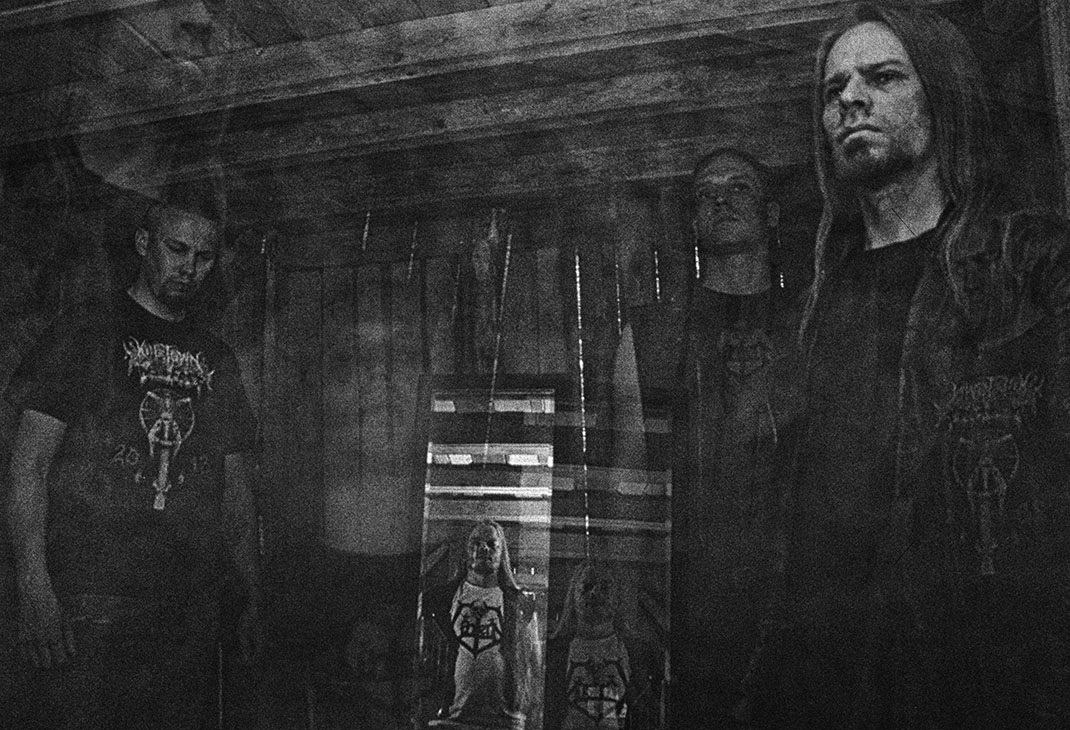 LANTERN was formed in summer 2007 by Cruciatus, in the eve of Cacodaemon's death. The line-up changes necessary for Cruciatus' work to proceed didn't leave the moniker Cacodaemon rights to exist under even a slightly different sound. Thus LANTERN barged in as a completely new entity, risen from the shambles of an elder beast.

An old friend, namely Necrophilos swore fealty to the group after the very birth of LANTERN, and the recordings of "Virgin Taste of Damnation" took place, with the band exploring its true form as a two-piece, trying their sound during numerous days spent at the rehearsal place. The debut material received very positive feedback and shall be rerecorded for future releases. The good word also inspired LANTERN to participate in "Metal on Metal III: Third Warning of the Storms" compilation with the song "Cauldron of Souls", appearing among some of Finland's top underground black metal acts.

In mid-2009 the horde returned to the studio to capture 5 new songs that came to form the “Doom-scrawls” sessions, later on captured by Internecion Productions (NZ) to be released on CD, titled as "Subterranean Effulgence". The EP was released on 12" by Helvetin Levyt a few years later.

In 2011, the band played their first gig in Turku and another one in Kuopio in early 2012, assisted by session musicians St. Belial (guitar), J. Noisehunter (bass) and J. Poussu (drums). In the meantime, the duo spent some seven slow, filthy months carefully constructing their debut full length album, namely "Below", which was released in 2013 by Dark Descent Records.

In 2017 the debut was followed by the sophomore album "II: Morphosis", a recording the entire aforementioned lineup appeared on for the first time. With the duo days over, the band continued their five-piece studio deeds by recording the 2019 7" EP "Lost Paragraphs", also to prepare themselves for the upcoming third full length titled as "DIMENSIONS"... to be unleashed in 2019 / 2020. - Facebook