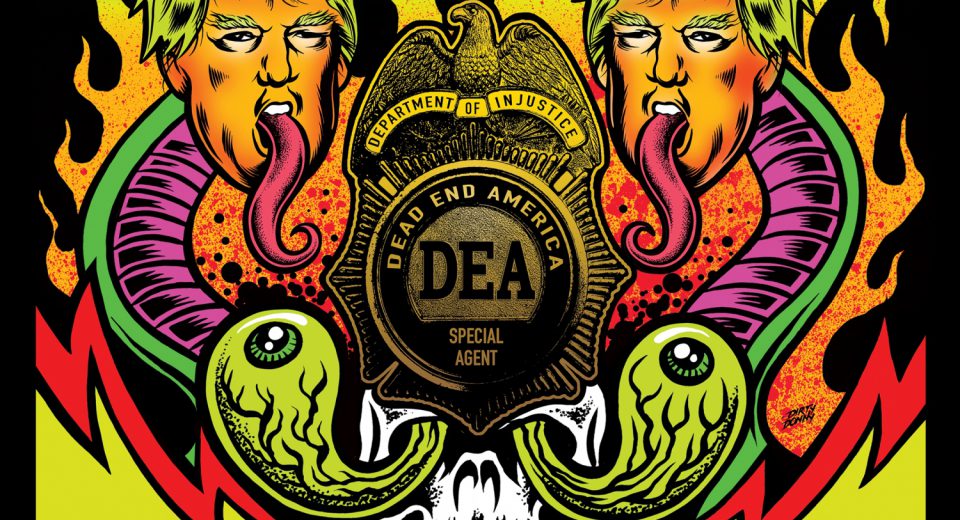 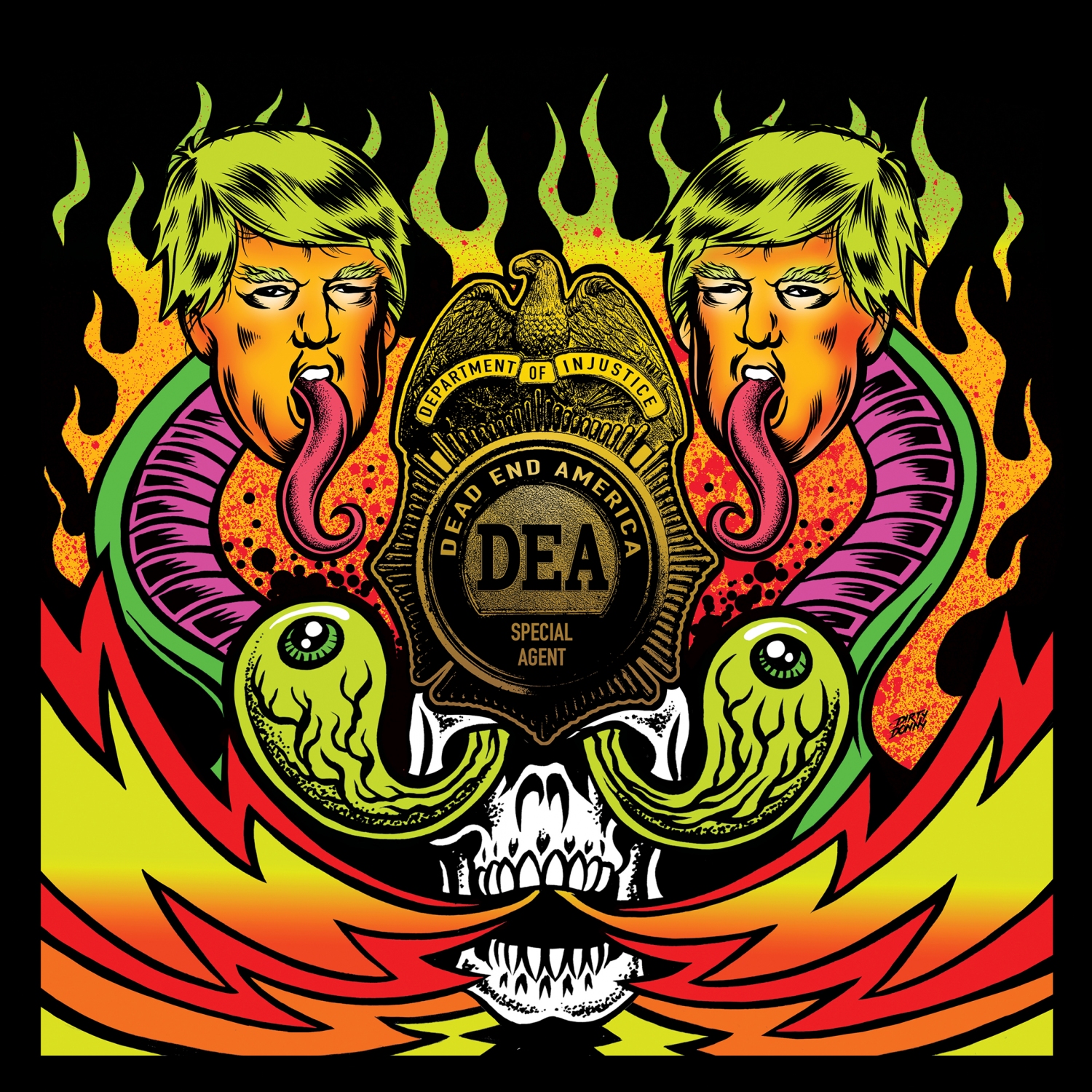 When Donald Trump got elected in 2016 people said things like, "at least we'll get some good punk rock out of this." Then instead of scathing political anthems we got four years of Facebook posts from every online activist we know. At this point, it's mostly been decided that Trump's idiot reign is over, but unfortunately his devout followers will continue to prop him up as their God. So it's better late than never that Dead End America delivers what we were promised on their Crush The Machine EP.

Formed by the late Steve "Thee Slayer Hippy" Hanford of Poison Idea, Dead End America is a hardcore punk supergroup that rips through four tracks with urgency and purpose. This is an anti-Trump band and these are anti-Trump songs. There is nothing to be lost in translation.

With Hanford handling vocals and drums he teamed up with guitarist Tony Avila (World Of Lies, Aborted Cop) to construct four tracks of blistering hardcore. Rounding out the rest of the line-up are lead guitarist Ian Watts (Ape Machine, Minmae) and bassist/vocalist Nick Oliveri (Mondo Generator, Svetlanas) with additional lyric and vocal contributions from Mike "IX" Williams (Eyehategod) and Blaine Cook (The Accused A.D.). Seeing those names on the same page automatically puts a mangy and gnarled sound in mind and that's what you'll find on Crush The Machine.

"Twitter Troll" hits it's target quick like early Black Flag on meth and sinks it's teeth into the bulbous orange idiots social media presence. "Bullet for 45 (Straight from a .45)" expresses straight violence for two straight minutes and barely relents on speed only for some tasteful guitar work that is not usually found on hardcore of this variety. It's moments like that where the proficiency of these veterans shines.

It's only a four song record and it's over in under seven minutes, but the message is clear, potent and delivered just as intended. "Thee Slayer Hippy" may no longer be with us, but with the help of some friends, he managed to bust out one of the few hardcore punk releases that actually attacks the enemy.