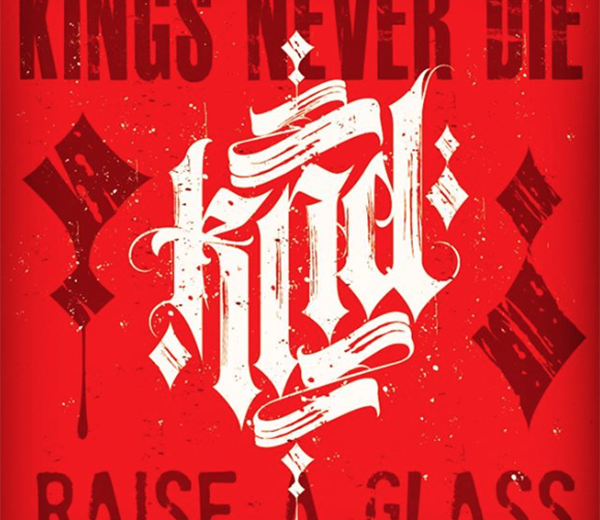 Last year, Upstate Records started making noise about a new band featuring ex-members of several legendary NYHC bands (Dog Eat Dog, Murphy’s Law, Subzero) called Kings Never Die. In August the band and label put their money where their mouth is and released the single “Before My Time” and effectively delivered on the hype. “The Juice” followed as a single in the Fall and showed these veterans know what they are doing and how they want to do it.

Raise A Glass is the four song debut EP from Kings Never Die via Upstate Records. You may have already been familiar with the previously mentioned singles, but sandwiched between them are the brand new tracks “Never Know What You Might Find” and “Raise A Glass.”

Kings Never Die seems to have a pretty clear “fun first” motive. There is no tough guy bullshit that is far too prevalent in hardcore, but these songs aren’t introspective and emotional either. Despite being a band of “old heads,” Raise A Glass feels like something new. It’s not that they are playing a style of hardcore that we all haven’t heard before, it’s just that not many bands are currently playing it. You can hear their influences, you could probably pick out parts that sound like their past bands, but as a whole it all feels refreshed. The mood is light and that’s okay. There are enough “fuck you” songs out there, so let’s embrace jovial cuts like “Raise A Glass” featuring Agnostic Front’s Vinnie Stigma and Mike Gallo.

Singalongs, mosh parts, spilling half of your expensive beer, ugly people...those are the things you can probably expect from a Kings Never Die live show. At least that is the vibe that this EP gives off and that’s something the scene can never have too much of. Hopefully this is just a precursor to a solid LP in the future.