Welcome to Out of the Ice Box, where I, Mike On Ice, writes about old records that had a profound impact on me in my youth. Maybe no one will care about this, but I don’t get paid to create content for this website, so there ain’t no strings on me and I can write what I want. Today, I want to write about the C.R. split 7” with Milhouse.

I was pretty new to punk when I picked this up. It was put out by the local record store in my town, C.I. Records  in Lancaster, PA. My older friend, Dan, and I were hanging out and listening to some punk band. I probably said something about it being fast, I don’t remember. But I do remember Dan saying “if you think this is fast, you should check out C.R.”. On his suggestion, I picked up this split.

The cover looks pretty thrown together on xerox paper, but I liked it. There’s a long picture running down the side of some lightning. That takes up a third of the cover. The rest of the cover is laid out as two squares stacked vertically: one for C.R. and one for Milhouse. The C.R. square has two skeletons staring at each other. The Milhouse square is someone’s torso wearing a Milhouse t-shirt and holding a skull with horns. 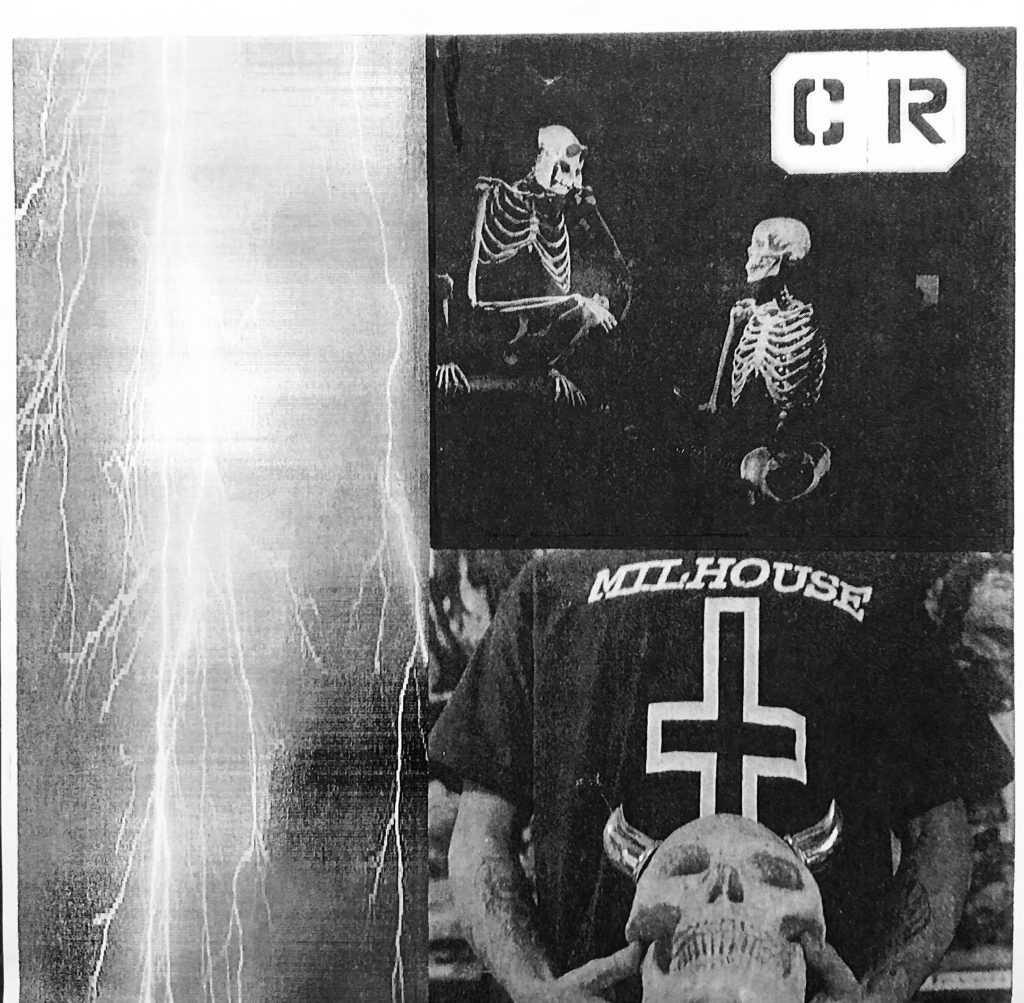 The back cover is pieces of paper cut out and put over some lightning background. By today’s standards, this is pretty bad. But this was way back before everyone had pirated versions of Photoshop on their computer and fancied themselves graphic designers. The layout had an endearing “you can do this too” quality that I found attractive in punk rock. 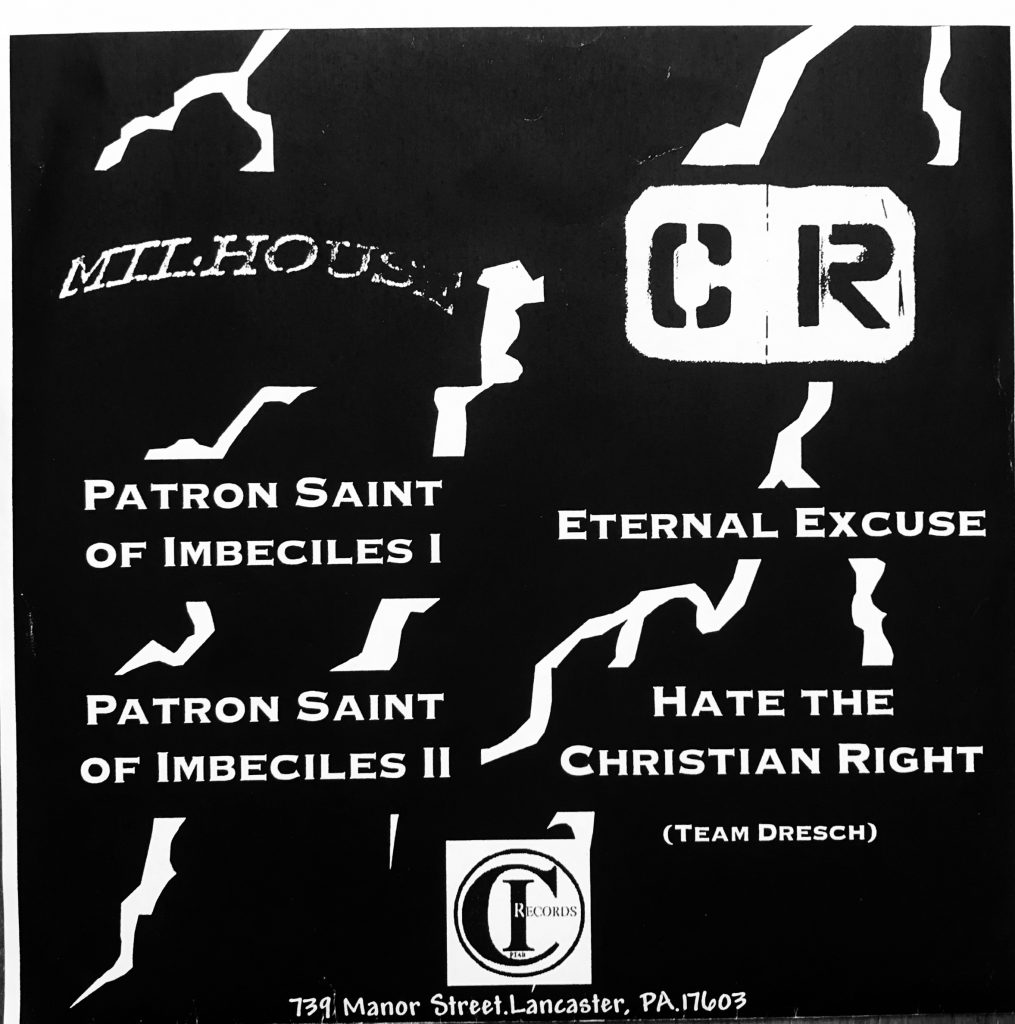 Dan wasn’t kidding about C.R. playing fast. The first song on their side, “External Excuse”, starts out with crazy feedback. Then, these rolling guitars come in with the drums rolling on behind them in a frantic intro. Next came my first introduction to a blast beat while the singer Bricks (now in Miracle Drug), screams “Shun! Shun! Shun! Your responsibilities!” into a weird part, back into a blast to finish out the song. I liked the song, but it would take a while before I grew to love it (it would take me getting C.R.’s 7” which is a little more straightforward power violence/fast hardcore to appreciate “External Excuse”).

The next song, I was into right away. It’s a cover of Team Dresch’s “Hate the Christian Right”. It was because of this song that I would learn to love Team Dresch and also off key clean singing over screaming. This cover was a perfect example of a band taking a song and making it their own.

The Milhouse side of this 7” features the songs “Patron Saint of the Imbeciles” parts 1 and 2. Holy shit. These songs still get me as excited in 2020 as they did in 1997. Milhouse plays weird non-moshy heavy hardcore. Getting introduced to such an odd band so early really set high expectations for me in terms of getting into new bands. No wonder I’m such a judgy prick. This album features Justin and Rachel from Indecision (I don’t know if Rachel was in Indecision at this point) and Artie who would sing for Indecision after Tom left. I personally love Artie’s lyrics and vocals in Milhouse (this 7” and Obscenity in the Milk) more than I did in Indecision. In fact, I didn’t really care for his vocals in Indecision as they sounded different than they did in Milhouse.

I would be a way better musician if I actually played the bass I had in high school instead of pretending to play it while jumping around my room to this record. Seriously. The thought of trying to learn the songs on bass never occurred to me because it was too much fun to just pretend to be in these bands. What an idiot. I can’t believe this 7” isn’t scratched to hell from all the jumping I was doing while it played.

You can still get this 7” on C.I.’s website here. I recommend it.