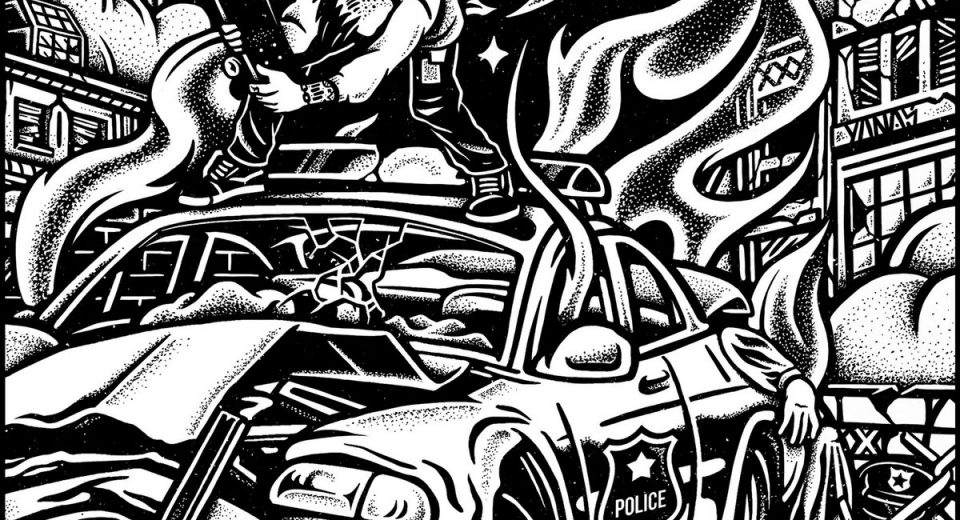 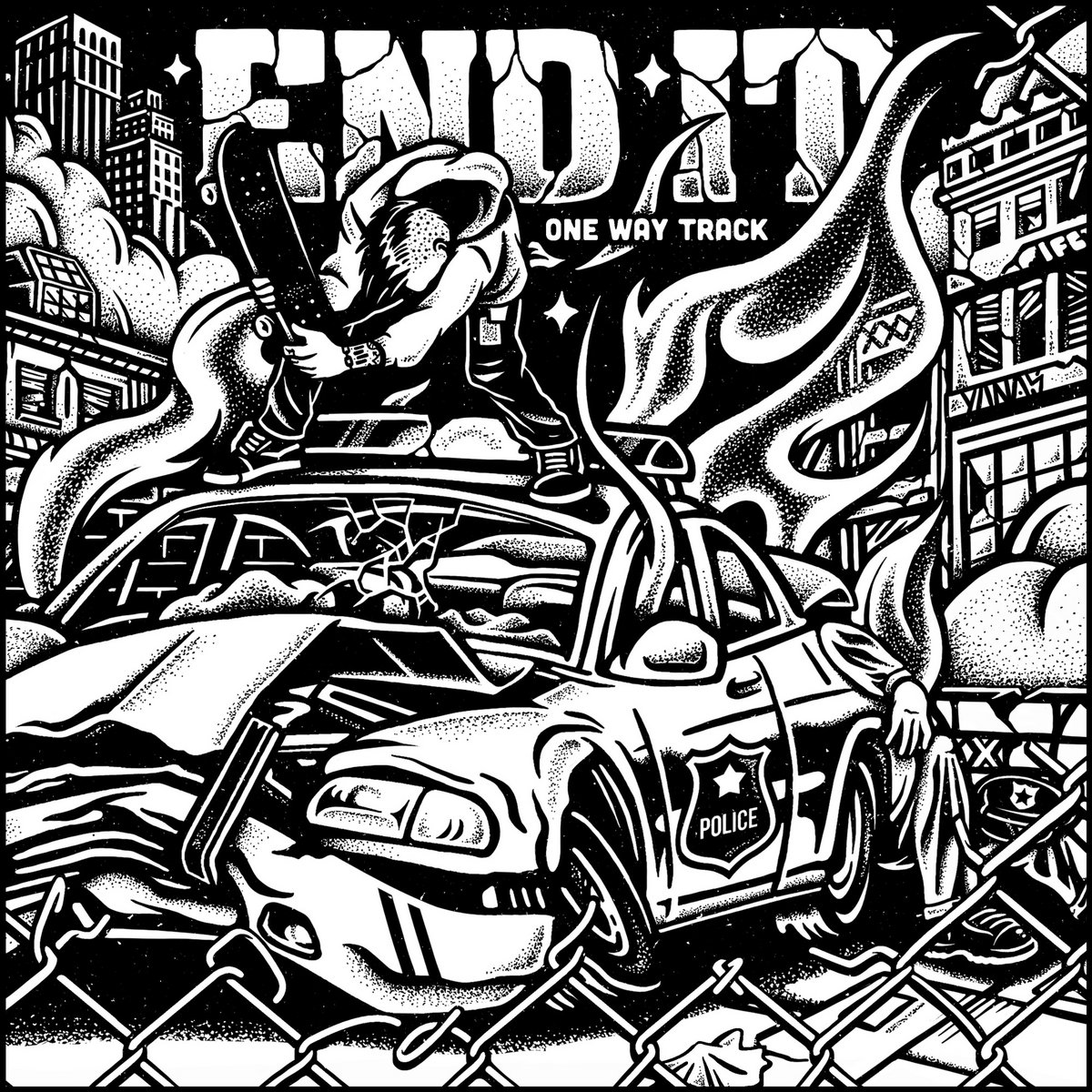 I first heard End It in September at an outside show in Baltimore. I found out about the show last minute, and didn’t know who else was playing aside from Turnstile. End It sounded cool live, so I searched them up on Spotify to remember to check them out at a later time. I checked out their 2017 self titled release. It was cool, but it didn’t knock my socks off. It wasn’t bad to say the least, but it didn’t work it’s way into my heavy rotation.

Fast forward to the release of Flatspot Record’s One Way Track EP. God. Damn. I’m 39 years old and I’m moshing in the kitchen while my wife makes us dinner (which is appreciated, but never expected). She’s asking what’s wrong with me, and I’m asking what’s wrong with her; mosh it up, fool. She reminds me that she doesn’t like hardcore and only listens to Robyn. I argue that these four songs of Baltimore-style hardcore slap as hard as Robyn’s entire Body Talk album ("You Should Know" Better is a bop).

But enough of my domestic dirty laundry. This EP is great. It sounds like it came from the same town as Trapped Under Ice (it does). End It demonstrates an original take on Baltimore’s regional flare. As previously stated, their old stuff was solid, but there is a significant growth in songwriting on display on this EP.

"Hardhead" kicks the EP off, which is a love song to hardcore. It’s got bouncy mosh, it’s got two-step parts, it’s got a stompy ender, and it’s less than 50 seconds long. Way to pack it all in. Goddamn.

"H.T.F." is next. This is a song that I believe the singer said was about “slaying a giant outside of Asian Taste” when I saw them at the previously mentioned show. It’s about fighting someone bigger than you. This is a fun song for a suburban nerd like me to cosplay to as I’ve never been in a fight. If you see me singing along to this, just shake your head in shame. Fuck it, this song is good. However, white kids, maybe skip singing the line “3/5’s make us stronger than concrete”. That line’s not for us.

I’d like to see End It start off a set with the third song, "Lifer," they way they start it here; with Bevis and Butthead style mouth guitar mimicking the opening riff. Bounce mosh into a fast beat and a sing along of “SWEAT IN MY EYES”. It’s tight. The fast high hats over the breakdown towards the end of the song is a nice touch.

The EP’s title track rounds out the album. I now use the phrase “about to catch wreck” because of this song. There’s a cool melodic solo in the middle of this song before it transitions into some shredding. There’s a mosh call out in the song, straight into a stompy drum and bass part. White kids in the crowd, this is your cue to get the fuck away from the microphone. There’s a word in the next few lines that’s also not for us. Go mosh or something. I would hate for you to get too comfy and get caught saying something you shouldn’t get caught saying.  I love the rolling chugs under the breakdown at the end. Then the pauses and harmonic back into the breakdown without the chugs. That’s fucking song writing.

I know this is a long review for four songs, but jeeze-Louise does this EP hit hard. There’s little parts here and there that demonstrate how much thought went into writing these songs. End It has shown considerable growth on One Way Track. I’m excited to see them live again, now that I’m familiar with their material. I’m also excited to hear what they put out next.