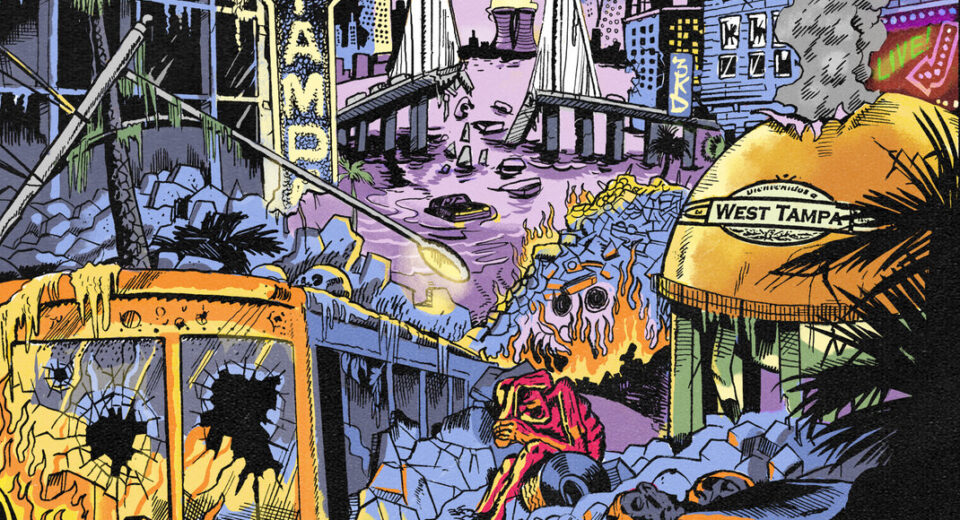 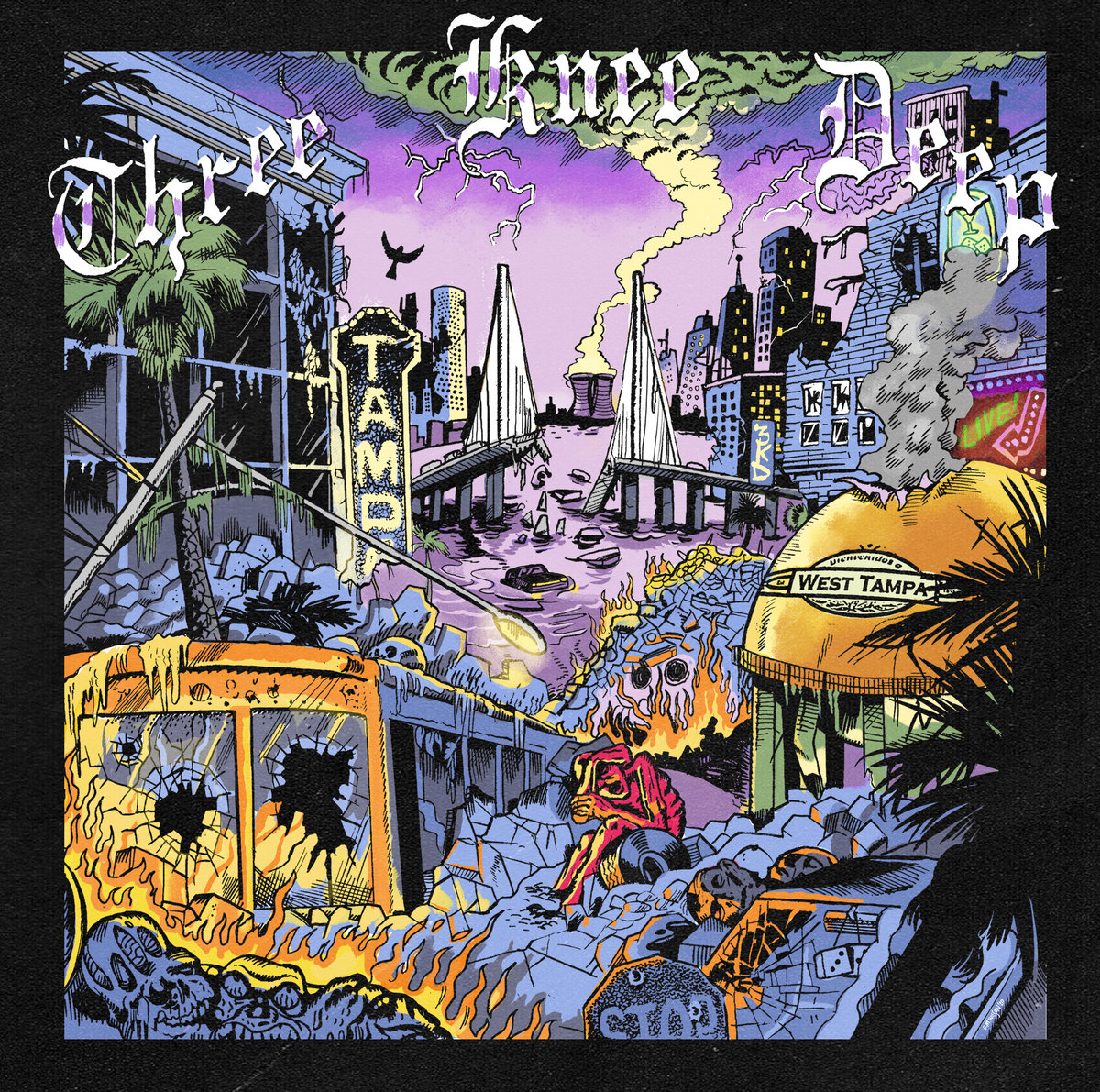 Sometimes I forget it, but hardcore can be kind of stupid. A large majority of the genre is just the shittiest possible soundtrack for a bunch of pudgy guys with bad tattoos and fashion sense, to hammerfist skinny kids to. I know that sounds derogatory, but I find it endearing if I'm in the right mood and that's how I felt when I first heard the self titled LP by Tampa's Three Knee Deep.

There's no denying the history of grossly exaggerated thuggery in the hardcore scene. I'm not sure where it started; New York, Detroit, New Jersey, I can't pinpoint it, but I guess it doesn't really matter. Whether it's Biohazard, Fury Of Five, Skarhead, Stout, or more recently Never Ending Game, we know what it is when we hear it. When it's bad, it's fucking awful. When it's good, it sure is fun. Three Knee Deep is the later and their recently released LP on Triple B Records is fine example why.

After a loooooonnnng intro, TKD barrels into "Era of Terror" immediately showcasing their unapologetic mosh friendly brand of streetwise hardcore that borders death metal in the vocal department. Right away, I can imagine the far too confident shirtless fat guy in mesh shorts bounding about the floor moshing for feedback between songs. This is not entry level hardcore, you must be well entrenched to understand what you are hearing when TKD gets into the guts of their songs. Don't get me wrong, this isn't intelligent music, but there is clearly some talent and creativity. On the surface it's brash and ignorant neanderthal shit, but when you dig a little deeper you can hear why it works. TKD confidently and proficiently incorporate their rather obvious influences from hardcore, hip hop, and death metal into an amalgam that many have attempted, but few have successfully pulled off. Usually, this type of hardcore is relegated to playing poorly attended beatdown fests headlined by mild cocaine heart attacks, but TKD have the chops to transcend to a broader hardcore audience.

If you need any evidence of what TKD are capable of, check out one of their shows, even if it's just on YouTube. However, your first stop should be giving this self titled LP a spin.