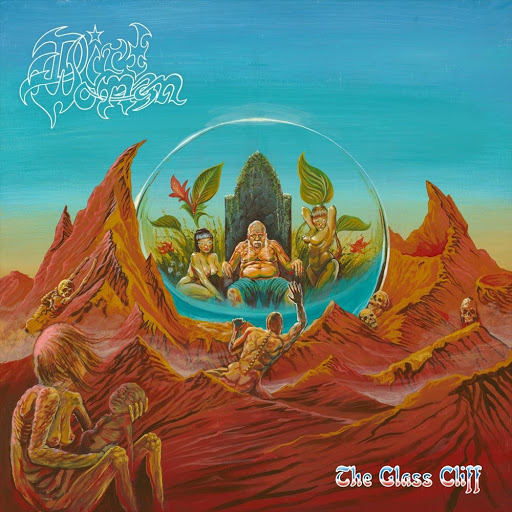 I entered the massage den with no expectations. I had heard good things, but I couldn’t remember where I had heard them. I was led down a hallway by a woman who said no words. The room was dark, but was filled with an amber haze. She stepped out of the way of the entrance and extended one arm to motion for me to enter the room that had a table and nothing else. The woman left without closing a door (there was none) and the haze became thicker. I took off my clothing and laid face down on the table. A few moments passed as I lay naked and exposed. Suddenly, a noise caused me to flip over and look towards the doorway. There stood a person in a Japanese robe and a mask of a demon. The person threw both arms in the air, causing the robe to fly open. Underneath the robe was a woman’s figure in undergarments. Was it the same woman that led me here? I sat staring at her exposed body as she stood with with both arms extended; a glimmer of reflected amber light seemed to shine from her hand. She’s holding a knife. She walks towards me. I don’t know why, but I can’t move. She climbs on top of me, and pushes the knife into my skin. She doesn’t push it in far enough to cause major damage. I can see that there is liquid on it. My vision fades out into a psychedelic landscape for 4 minutes before fading to black. I wake up home in bed and covered in sweat. I have no idea how I got here.

That’s the imagery that popped into my head as I listened to The Glass Cliff in the bathtub. If my short story didn’t clue you in as to what kind of band this is, Dirt Woman is a stoner rock band. They’re from Maryland, and they are named after a local cross-dressing activist. They are recommended for fans of Electric Wizard, Windhand, and Foehammer. That’s all I knew going in via their press release. I was intrigued.

Dirt Woman plays long, droney, stoner rock songs. The band is really good at deconstructing a song and then building it back up. They rely on this tactic as transitions a few times on this album, but they do it in interesting ways each time and it doesn’t get drab. Most of the songs are slower paced, with vocalist/guitarist Zoe Koch’s singing complimenting the overall sound. The production on the recording captures the fuzziness of the guitars perfectly; this record sounds good.

Three of the five songs on this album hit the 13 minute mark, which  is usually a bit much for me. However, and maybe it was the bath enhancing the experience, I didn’t find myself getting bored (although I did come up with that intro during the first song, feel free to use it for a music video). I feel like this album is engaging enough to give a deep listen or put on in the back while doing some work. The only thing I found myself hoping for was an upbeat part here or there to break up the droning tempo of some of the longer songs. I’m thinking of the tempo like the end of the song Black Sabbath. I feel like this band could knock that tempo out of the park, and I feel like Zoe’s vocals would sound great over it.

The artwork to this album is dope. It’s a desert scene with people dying and decaying out in the heat. In the middle of the desert is a glass sphere. Inside the glass sphere is a lush garden with a fat bald guy sitting on a stone throne. On either side of him are two topless girls. The girls look like they’re having fun, so I’m happy they’re happy. The guy looks miserable and needs to get over himself. Chin up, my dude, see those people outside? It could be worse.

This is a solid stoner rock album. I don’t think there’s any major surprises or expansions to the genre here, but if you are a fan of Electric Wizard and Sleep, I don’t think you will be disappointed by Dirt Woman’s The Glass Cliff. Run a bath, put this record on, and let it take you to some weird places in your mind.